Tesla’s Californian factory had to shut down for nearly two months from mid-March last year while the epidemic and sluggish global economy started to hit car sales around the world. But Tesla was still able to achieve almost the 2020 goal to produce 500,000 vehicles, missing the target by 450 cars.

Last year’s production total was an increase from that of 2019 when Tesla delivered 367,500 cars to the world. Tesla surprised analysts by posting a profit of $16 million during the first three months of last year when the pandemic took hold and impacted on car factories and consumer purchasing power.

In the midst of the epidemic, Musk succeeded in maintaining strong demand for his electric cars with orders coming in online. Tesla also dropped its electric car prices in May last year. Model 3 became the cheapest and most popular model when its price was reduced by $ 2,000. Model S and Model X were discounted by $5,000.

The strategy has kept orders coming in and the CEO took pride in the continued increase in demand for electric vehicles. When the company was founded, Musk thought that his business only had a 10 per cent chance of survival.

Tesla’s sales of 500,000 vehicles look small when compared to those of the famed carmaker Volkswagen that posted 11 million sales last year.

But Tesla remains a hot newcomer and continues to be profitable with its shares trending up. Musk does not stop there and this year plans to increase world production, constructing new factories outside Berlin and in Austin, Texas. 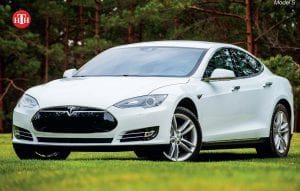 These facilities add to the Shanghai factory that opened for business at the end of 2019 and became a major production base for the company.

Tesla is set to launch into the Indian market this year but has not said when as India struggles now with the pandemic and has one of the highest infection totals in the world.

There was a setback last month when the United States road-safety authorities ordered Tesla to recall 158,000 of its vehicles from the American market. These were Model S from 2012-2018 and the Model XS from 2016-2018.

This was because of a technical fault in the interactive display dashboards of both models that failed when the computer memory became full after a few years, affecting safety functions such as windscreen fog removal and rear camera.

New school term set to resume online for many of Hua...