The CCSA is considering the possibility of bars and other entertainment venues to reopen on or before the current proposed date of June 15 as the country is scheduled to enter ‘Phase Four’ of the easing of Covid-19 restrictions.

CCSA revealed to reporters that any decisions on reopening nightlife will depend on the control of the Covid-19 virus.

Since early May, Thailand has been reporting new cases in single-digit. Most of which were Thais being repatriated from overseas who are currently under state quarantine.

Pattaya and Phuket, known for their blooming and energetic nightlife, have seen bars and clubs suffered severely after being shut down for almost 2 months leaving thousands of employees jobless.

Dr Pramuan Ungchusak, a medical expert from the Department of Disease Control reacted in anxiety on the proposed decision and suggested “such venues should reopen as another types of business, and that all bars and clubs should remain closed until a vaccine for Covid-19 is found.”

CCSA officials immediately pointed out that this is only an individual’s opinion and not a view representing the organisation in general. There are also some concerns that delaying the opening of nightlife venues would result in more illegal venues popping up and not strictly following safety measures, thus, could lead to a higher risk of a second wave of the virus.

CCSA spokesman Dr Taweesin explained that the objective is to allow entertainment venues to reopen when possible, subject to the strict safety measures being implemented. Representatives from the entertainment sector have been meeting regularly with government officials in discussing such safety measures.

A meeting in Pattaya last May 3 included the mandatory wearing of masks by customers, bar staff to wear face shields and gloves for handling cash and drinks, temperature checks at every venue with hand sanitiser on all tables, a limit on the number of customers admitted, as well as a limit on drinks promotions.

The CCSA understood that social distancing would be extremely difficult to implement in these venues; the focus here is to shift to health screening of customers and tracking and tracing. All businesses and customers therefore will be required to use the government’s “contact tracing app”.

The CCSA will review the proposal as well as the Covid-19 situation by early next week before making any conclusions. If the number of new cases remains low, and the venues are prepared to follow strict hygiene guidelines, the reopening of bars and nightlife venues on or before June 15 is inevitable.

Sources: The Thaiger | The Pattaya News 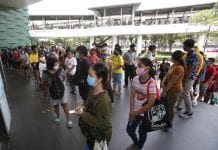 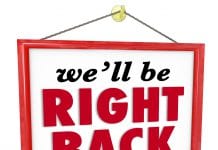 Phase 2 of easing the restrictions within the next 5 days 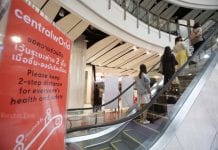 Shopping mall to reopen for a two-day trial