Panic buying and possible price gouging by some traders is being blamed for the spike in the retail price of eggs which has prompted the Commerce Ministry to threaten stern legal action against profiteering.

Manote Chuthapthim, president of the Layer Chickens Association, said demand for chicken eggs in the past 10 days has surged based on fears of the spread of Covid-19 and the declaration of the emergency decree.

People have resorted to panic-buying after mistakenly believing they will be banned from leaving their homes.

Mr. Manote said the price has mostly increased in the retail sector as eggs are still being sold at the normal price of 2.80 baht apiece outside farms. Moreover, farmers have not stockpiled their produce.

However, when people began hoarding eggs, the middlemen or retail shops may have pushed up prices, according to the association president.

Meanwhile, Commerce Minister Jurin Laksanawisit ordered a ban on egg exports starting on Thursday to ensure there is sufficient supply for domestic consumption. The ban will remain in effect until the Covid-19 crisis eases.

At the same time, the ministry inspected markets in several provinces on Thursday after the emergency decree was declared and found eggs were priced at 2.80-2.90 baht each on average with no one charging more than 3.50 baht each.

However, many shops were short on eggs. Some shop owners said the supply of eggs has been lower than they had ordered.

They said shoppers, who previously bought only four to five eggs at a time, were now purchasing them by the dozen or more.

The minister said shops owners who jack up the price of eggs may be jailed for up to seven years or fined a maximum of 140,000 baht. 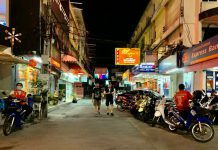 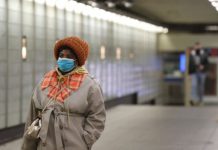 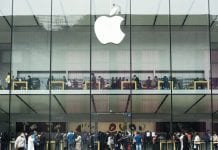 Apple closing all stores outside China

PM is now ‘in charge’ as the State of Emergency is...