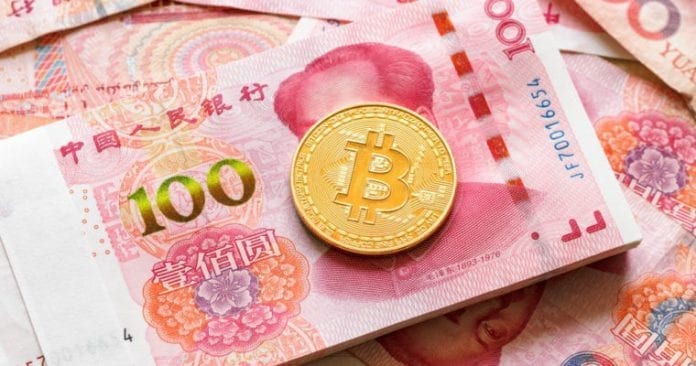 China is expected to launch its own digital currency platform in the next two to three months to support for internationalization of the Chinese yuan in the country’s free trade zones.

As a preparation for the yuan’s bigger role in the global financial market with the planned digital yuan, the Chinese central bank, the People’s Bank of China (PBoC), has raised its formal gold reserve to 1.948 tonnes, the world’s sixth largest, from 1.853 tonnes in the previous decade. China’s central bank is developing its own digital currency.

According to HCM Capital, China has developed a framework called “Digital Currency Electronic Payment” (DCEP) in which the Chinese central bank is allowed to launch its digital currency or digital equivalent of yuan to commercial banks. China mobile payment giants Alipay and WeChat Pay are also included in this process.

Although digital currencies are regarded as being open to fraud, money laundering and as potential financing sources for terrorism, the Chinese situation appears to have built-in safeguards.

China’s digital currency will be registered in Switzerland as a way of driving it to the global financial markets for digital-currency awareness, access for use as well as supervision and oversight particularly in terms of technology.

If this attempt proves successful, PBoC will become the first central bank to launch the digital currency.

In the initial phase, Chinese central bank’s digital currency is expected to be used only in the country. Its exchange rate will be set in the same way as the yuan in the normal exchange rate system.

Earlier, a PBoC official stated that the digital currency will be made available to replace physical money – bank notes and coins – in China’s economic system for stability.

The digital currency will be stored in a digital wallet, possibly on a mobile phone app, for direct personal transactions.

China has been going full steam ahead in driving the internationalization of the yuan in global finance and trade since 2016 when the yuan joined the International Monetary Fund (IMF)’s basket of reserve. The yuan joined the US dollar, the euro, the Japanese yen and the British pound in the IMF’s special drawing rights (SDR) basket, which determines currencies that countries can receive as part of IMF loans. It marked the first time a new currency had been added since the euro was launched in 1999.

Such efforts also aim to serve China’s target to extend transport routes in sea, air and land for trade and investment to connect three continents – Asia, Africa and the Europe – through the country’s One Belt One Road initiative.

Recently, more free trade areas were set up to complement for the system. China’s central bank is promoting the yuan as an international currency with a strong foundation, while the country has established 18 free trade zones since its first pilot zone in Shanghai.