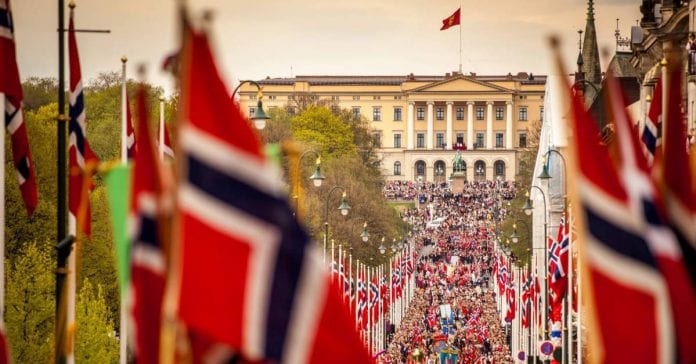 “Norwegians knows how to celebrate their national day big time. Really grandioso! Unfortunately this year, things might not be the same. Due to the pandemic situation, many public events were cancelled and citizens are urged to observe social distancing which is a big disappointment for many. But let’s just take a closer look on normally what goes on during this spectacular event in Norway…”

Children’s parades, marching bands, traditional costumes, and ice cream. A lot of ice cream. The celebration of the Norwegian Constitution Day is a party like no other.

While many countries celebrate their national day with a military parade, Norway’s 17th of May is more of a party for everyone, especially the children. Before they take to the streets, many will gather for a May 17 breakfast – often a potluck with friends and neighbours – with freshly baked bread, scrambled eggs, smoked salmon, and for the grown-ups, champagne.

Children’s parades then take place across the country, and led by marching bands, they walk through their communities. The largest of the traditional parades attract tens of thousands of people waving flags and shouting “hurra!”. In Oslo, the parade is greeted by the royal family who are waving tirelessly to the crowds from the Royal Palace balcony.

Nationalistic? Perhaps, but generally in a joyous atmosphere, in addition to the children’s special place in the celebrations, makes the day a largely uncontroversial affair. The focus is mostly on eating huge amounts of ice cream and hot dogs, listening to speeches, and playing games at local schools.

The day is also an opportunity for men and women to show off their “bunad”, Norway’s traditional costumes. There are hundreds of different ones, with colours and styles indicating where in Norway the owner’s ancestry lies.