England yields a 10-wicket against India inside two days of an astonishing third Test in Ahemdabad.

Both sides collapsed and 17 wickets fell into two sessions, India completed the quickest Test win since 1935 not long into the final session.

England began the day with a thrilling comeback, turning India’s overnight 99-3 into 145 all out.

Although faced with a first-innings deficit of 33, England was bowled out for 81 as India’s spinners ran out again.

In a frenzied start to their second innings, England lost Zak Crawley and Jonny Bairstow within three balls both bowled by Axar Patel.

Ben Stokes and Joe Root calmed the unstable atmosphere but their dismissals within three balls both bowled by Axar Patel.

Victory gave India, an invulnerable 2-1 lead in the series with one match to play and ended England’s hopes of qualifying for the World Test Championship final this summer. 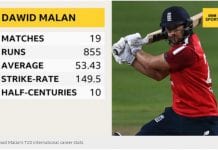 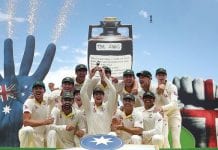