After the sudden rise of Covid-19 infections in Samut Sakhon, a total lockdown was announced and curfew hours have been declared. This aftermath will cause the province about 1 billion baht a day in economic damage, says Samut Sakhon Chamber of Commerce chairwoman Amphai Harnkraiwilai,.

The province’s seafood industry with sales amounting to 400 to 500 million baht a day, as well as other related businesses, have now been forced to a halt as a result of the lockdown, she said.

“This could cause estimated economic damage of about 1 billion baht a day. However, major damage will be limited only to businesses that employ migrant workers while there will be little impact on businesses that do not hire them,” Ms Amphai said.

Commercial and state-run banks announced the closure of their branches in Samut Sakhon including the outlets in shopping malls effective from Saturday until Jan 3.

Amporn Pinasa, secretary-general of the Office of Basic Education Commission (OBEC), said she had also ordered the closure of schools under the supervision of the OBEC in Samut Sakhon and for their employees to work from home.

Meanwhile in Bangkok and nearby districts, most of the schools have announced the closure from today until Jan 3, and reopen on Jan 4. 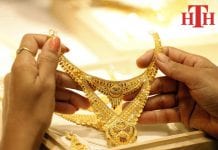 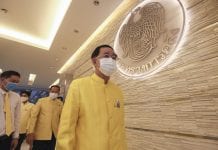