Traditionally newspapers around the world have published letters received from readers with their opinions about a variety of subjects. In recent years social media may have overshadowed this way of making comment; however Hua Hin Today often receives emails from our readers or comments posted on our Facebook page. Thanks for your contributions!

Our readers are always encouraged to provide a point of view, however we ignore aggressive, abusive or defamatory comments.

While people enjoying splashing on the street, a group of monkeys enjoyed a party in my house located in a development in Hin-Lek-Fai area.

They came through an unlocked screen door on the second floor. My cats are scared, foods stolen (not so many but cat food), miller broken, TV fallen, a lot shit…. We returned home 2 pm and work very hard until 9 or 10 pm to clean-up. Still smells slightly…. It was on 13th and on 15th, they come back. They stayed some 3 hours around the garden and stole a lot of papayas from the neighbour’s garden.

According to the news article on July 3, 2017, Thai authority took action against monkey problem in this area. I just would like you to follow the situation, I mean whether the project was successful, will they continue the project, what area will carry out the project and so-on.

Tak From the Editor

My commiserations; encounters with wild animals aren’t always pleasant as farmers have discovered with roaming elephants. The problem is we have invaded their ever decreasing habitat; they aren’t thieves, just hunter/gathers. Fruitful pickings (such as papayas) or food from your kitchen will encourage a return visit. Listed deterrents include rubber snake toys, a radio sounding like people are at home (Richard from Surf 102.5 is a recognised monkey deterrent!), the recording of a dog barking or a chilli spray on fruit may help.

There has been a significant reduction in the local monkey population from the efforts of the municipality but complete eradication is both unlikely and undesirable. We’ll pass on your letter to see if more action can be taken. In the meantime your security both from a simian or human home invasion may need to be reconsidered.

I would like to forward my concerns about the problems of pedestrian crossings which I see almost everyday on central Phetchakasim Road Hua Hin. This is about the poor marking of pedestrian crossings but also drivers who have no respect of right of way of pedestrians. I have now decided not to stop unless there is either an attendant or a red light signal present. That is because a pedestrian on a crossing walking passed my stopped car
was almost killed by a van speeding through in the next lane. Even though I had legally (and courteously) stopped for the pedestrian, stopping almost led to a tragedy. There are also crossings with traffic lights (outside the Bangkok Hospital and Blúport) where the red light is constantly ignored.

I recently witnessed a large tour bus driving at speed straight through a red light after I had the time to stop for several seconds. Drivers behind my stopped vehicle sometimes get angry and attendants may want me to drive off before the red light turns green; but red means STOP; even if no pedestrians can be seen. My advice to pedestrians; please don’t think that marked crossings or even a green light offers any form of safety or protection including when a vehicle in one lane is giving way; it’s likely that others won’t care.

Thanks Louise From the Editor

I can only agree with your concerns and advice to pedestrians. The mindset of drivers in Thailand towards pedestrian crossings is very different to those in most western countries. All concerns offered to us about road safety issues are passed on to the relevant authorities. 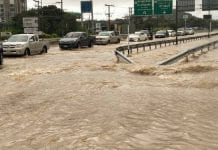 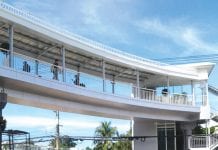 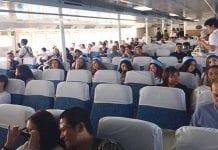