A man seen in a famous photo of New Yorkers fleeing the 9/11 collapse of the World Trade Center’s south tower has died due to Covid-19, his family told CNN.

Stephen Cooper was delivering political papers in lower Manhattan on September 11, 2001, when a police officer told him and others to run, Janet Rashes, his partner of 33 years, told CNN.

Cooper is seen on the far left of the photo, wearing glasses and a black shirt, as he and others run from billowing smoke and debris.

“He never realized he was photographed until a couple weeks later,” Rashes said. “He was looking in a newspaper or magazine and he saw his picture shown.”

Cooper, 78, passed away in Florida on March 28. He is survived by Rashes and their daughter, Jessica.

“He was very, very proud,” Rashes said. “He would keep a picture in his wallet and show people he just met.”

Suzanne Plunkett, the then-Associated Press photographer who captured the famous image, told CNN that she has stayed in touch with some of the people in the photo but never got to meet Cooper.

After uploading a few of the photos to her editors in a nearby shop, Plunkett said the photo went on to be published around the world.

“I would’ve loved to talk to Mr. Cooper about that day. It would’ve been cathartic for me to talk with him and to reflect on what happened to us both in the years that followed,” Plunkett said. 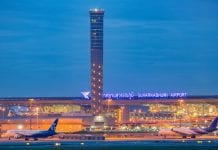 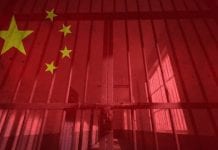 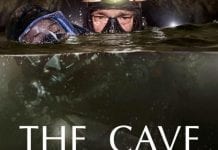 “I was at the cave, then I watched the movie”