The first visit to the Alpaca Restaurant was an unplanned and very enjoyable evening. It then occurred to me then that Hua Hin Today really needed to feature this restaurant.

First; about the alpacas. Yes there is a ‘family’ of these somewhat beguiling creatures in an enclosure in front of the restaurant in daylight hours and on show as a photographic opportunity. Second; alpacas are not on the menu, even though marketing alpaca as a gourmet delicacy has been on the rise in some countries for some years. The reason for this added attraction is the owner’s family connection with the Alpaca Hill Farm in Ratchaburi. This also means there is an understanding of what’s needed for alpaca care and welfare. But beyond the ‘alpaca viewpoint’ a level of sophistication and the prospect of dining in real style become apparent.

There are three options however they meld together and share the same very extensive menu. First an attraction to families with young children may be to dine alongside a ‘kid’s playroom’ where children who have become bored with behaving themselves at the dining table can expend some energy amongst slides, castles and a multitude of other kid’s activities. Within parental gaze, but without disturbing the adult part of the family dinner. Next; outside seating alongside a stream winding between tables, still casual but a step-up in sophistication. There’s a retracting roof which stayed that way during our moonlit evenings, but some insurance against an unexpected rain shower. This is also alongside a duo playing ‘music to dine with’ and adding a mellow background to the scene.

The alpacas retired to their evening quarters around sunset and this seemed to be a signal to commence the entertainment. We know alpacas don’t appreciate flash lights, so maybe they’re not musical either. The third level of sophistication is for those who prefer to dine inside. This is where the Alpaca Restaurant reveals a claim to be amongst the more classy dining establishments around town and way above my ‘drive-by’ expectations. Customers who demand the elegance of the surroundings to match a fine culinary experience can be satisfied; stylish and refined without compromising privacy or creature comforts.

We’ve already mentioned an extensive menu which incidentally also a work of graphic art. It’s just as well that the kitchen is also extensive with so many choices from Thai to Italian to seafood to grilled beef with sauces for all palates, soups and desert. My choice during the first visit was a Grilled Lamb Rack with Savory Fries. Maybe not all that adventurous, but so succulent and flavorsome and just what I was hoping for. The second time around our host Khun Chet provided the recommended menu which was also described on the table mat at the table. An enormous crispy pork knuckle and a full sized fried sea bass with a variety of sauces and soups to complement these lavish offerings. But then desert; I had no idea what to expect before the ‘honey toast’ arrived.

Really something like a half loaf in size (big enough for four), honey laden but also laden with cream, caramel filling, fruit alongside with a vanilla icecream topping. A celebration of all things sweet and very indulgent. Dining at the Alpaca Restaurant is a very pleasant experience. Surrounded by large scale condo developments on the Hua Hin to Cha-Am strip this is already a favourite for these residents wanting an accessible and stress free fine dining experience without needing to negotiate city traffic snarls. There’s even a coffee house and bakery on site to satisfy the need for a meeting place for a mid-morning break with the same advantages.

Where: On the main Hua Hin to Cha-am highway, just north of the under-construction ‘The Energy’ development about 5 kilometres south of Cha-Am Open: 11 AM to 10 PM everyday Contact: Phone 032 470310 Other Information: www.alpacarestaurant.com 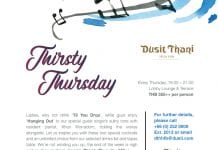 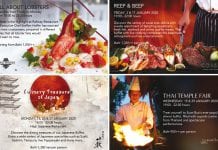