Teaming up with some of Bangkok’s most reputable underground Djs, Baba Beach Club Hua Hin is hosting its first Beach Saturday for a beach party that cannot be missed.

Having welcomed both regional, local, and international djs each month for their monthly playlist, Baba Beach Club Hua Hin is gearing up for one of their biggest parties and events yet. The music lovers hotel will be hosting a Beach Saturday on the 20th of October, teaming up with some of Bangkok’s most reputable underground Djs starting in the early afternoon with various beach activities, water sports, delicious food and cool cocktails, dancing the day away at Baba Beach Club Hua Hin. Boris Rubin began his career as a dj simply because of his love of electronic music.

Having already made a name for himself in him hometown Hannover,Germany and throughout Europe and Asia, Boris has been seen behind the decks at the famed Glow, Linden Lounge, and festivals such as Kolour and Wonderfruit. Die Empathie is a the Vietnamese native and Swiss bred DJ travelled and played across Asia and beyond with Die Empathie as well as solo, she is currently based in both Switzerland, Thailand, and Vietnam, creating an avenue for empathy and understanding through her music. Tim Roemer’s rhythmic and uplifting sounds often compared to clash together with the groovy vibes of a Mexican salsa bar with the impulsive bliss of an electronic music venue.

Tim has been seen playing at Kolour, Wonderfruit, Mystic and Quest Festival, to name just a few. Throughout his time in Asia, Tim continues to explore new avenues through his music to interact with his crowd. So make sure to join us at Baba Beach Club Hua Hin for a party you will soon forget on Saturday 20th of October from 2pm – 9pm. For more information & further bookings, please call 032-899-130 or email: huahin@bababeachclub.com.

Follow us on social media for more upcoming events: @BabaBeachClub 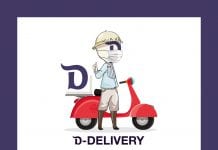 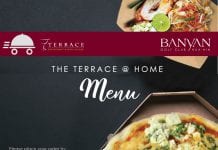 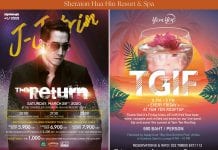