TAT Prachuap and Blúport Hua Hin Resort Mall came together on Friday June 15 to celebrate and showcase the wonders of the eight districts of the province of Prachuap Khiri Khan.

This thirteen day event was officially opened by local dignities in the Blú Parc area. After the speeches and the cutting of the ribbon, which heralded the opening of the event, there were performances of cultural dancing and local music, along with the giving out of over a thousand pineapples to visitors. Eighty nine chefs and local identities cooked one of the provinces favourite dishes for the onlookers; a Pineapple Crab Curry. Throughout Blúport there were three further zones to attract visitors; Blú Hall, on the first floor, had over twenty five travel and tourism providers showcasing hotel and tour packages.

The ground floor focused on local food in the Event Port area, with many of Hua Hin’s 5 star hotels setting up stalls. Port Walk, in the basement, focused on activities which appealed to all age groups; there were many sports including archery, a playground for the younger kids, as well as a BB gun firing range; kids both young and old were entertained for hours. The One Tambon One Product (OTOP) initiative again proved popular, with their stand inundated; they sold local fruits as well as products specifically from the area. 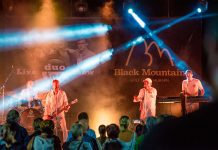 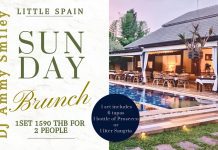 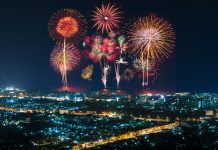