La Grappa has appointed its new Chef Patron to take over from Andreas, who has now left La Grappa. He is Eraldo Colazzo, a well-qualified Chef de Cuisine with a wealth of experience from top rated Michelin Star restaurants in Italy and around the globe. Eraldo is a very personal, easy going and humorous Roman, who apart from his Diploma in Haute Cuisine from the Cordon Bleu Culinary Academy in Florence, has had training visits to some of the world’s very best restaurants such as El Bulli at Costa Brava Spain, Tantris a 3 Star Michelin restaurant in Munich, Germany and the Bolshoi Restaurant in Moscow.

Eraldo has worked his way up the culinary ladder from early days at the Pergola Restaurant in the Hilton Cavalieri in Rome and fine dining Michelin Star rated Italian restaurants in Italy. In 2000 he was appointed Executive Italian Chef of a 5 star hotel, The Imperial New Delhi. His kitchen was awarded the best Italian restaurant in India. After India, Eraldo returned closer to home to open the restaurant Il Capitano for Dolce & Cabbana in Monaco and then he joined Gualtiero, Marchesi’s 3 Michelin Star restaurant, the Erbusco and was promoted to the position as number one Sous Chef. Marchesi is considered the very father of modern Italian cuisine.

Finally, he was the Head Chef at Capriccio in New Jersey USA, one of the top Italian restaurants in the US. With Eraldo at La Grappa, there is now a top professional Chef with an obvious personal touch who will be able to take La Grappa to the next culinary level. La Grappa is likely to become one of the best Italian restaurants in Hua Hin. A new menu will be developed with many culinary delights. To welcome Eraldo, La Grappa held a Welcome Prosecco. 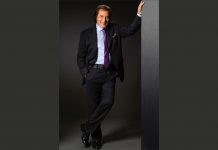 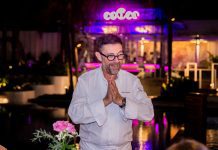