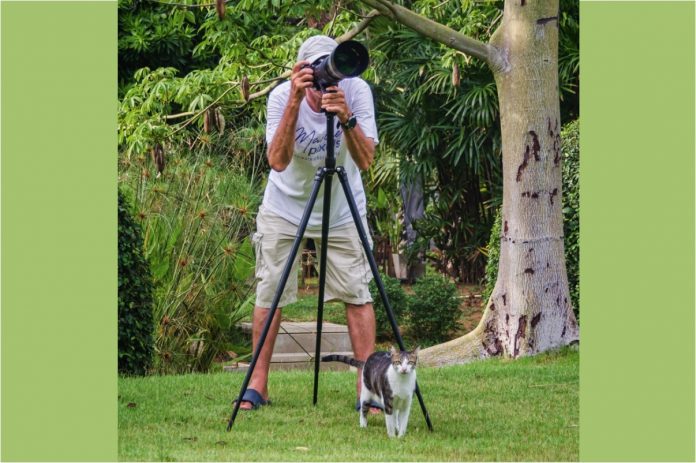 A new exhibition showcasing the work of a popular local photographer will be held in Hua Hin in September.

The exhibition will see a total of sixteen of Patrick’s photographs on display.

“These will be sixteen of my favourite photos, out of a few thousand that I have taken,” Patrick told Hua Hin Today.

Patrick said he spent several months whittling down hundreds of photos until he finally chose the sixteen that are to be featured in the exhibition.

“The exhibition will feature scenescapes, landscapes, people and there are a couple of art pictures in there too”.

“It’s a natural balance of the different types of photos I like to take,” Patrick added.

In addition to showcasing Patrick’s photographs, the exhibition has another interesting and unique aspect to it.

Each of the images, most of which were taken in Hua Hin, will be printed on aluminium metal panels which will offer a fascinating perspective and striking high gloss quality.

“I wanted to create something really special and with the images being printed on aluminium, it makes the colours become so vibrant, crisp and clear”, Patrick said.

Patrick, who first became interested in photography at sixteen years old, shares many of his photographs on the Foto’s by Patrick Jacobs Facebook page, which now has more than 4,700 followers.

Growing up near the Zolder race track in Belgium and with a love of Formula 1, he would photograph cars and motor racing events as a teenager.

As the responsibilities of adult life, which included running a successful hairdressing business grew, Patrick had little time for photography.

It wasn’t until later in life during a holiday to Sicily that he started to pick up a camera again.

“When I moved to Thailand, I said to myself I wanted to do two things: learn to dive and learn to play an instrument”.

“I learnt to dive and the camera became my instrument”, Patrick said.

He rekindled his passion for photography by taking underwater photographs as part of his journey into receiving his PADI diving certification.

Today he is best known for his photos of Hua Hin and the surrounding area.

He also produces a calendar of his photographs of Hua Hin, some of the proceeds of which are donated to different charities each year.

Details of Patrick’s 2023 calendar are set to be announced in the coming months.