Now is the festive season for many travellers, which means drinks with friends. But whether now or anytime of the year, Thailand has some fantastic food that is designed to be consumed when having a drink. We have asked our resident ‘foodie on the street’, Leigh Higgins from Feast Thailand, for her ‘go to’ drinking snacks.

There is nothing better than sitting somewhere cool, enjoying the beautiful weather of Hua Hin, sipping a cold drink and eating some great Thai food. The criteria for this type of food is easy to pick up, effortless to eat, but more importantly, goes with a number of different drinks; oh, and be delicious! These foods have a name; Aa-haan Gap Glaem

• Drinking Food.
Everyone loves food on a stick, be it grilled octopus or the ever-present Moo Ping, marinated pork skewers, but one of the all time favourites is Pork Satay. The thinly sliced pork is marinated in turmeric to give it its yellow colour before being grilled over coals. It’s served with a peanut sauce, a sweet ‘n’ sour vinegar and cucumber dipper and chilli; in Thailand, they also serve some thin slices of white bread. Meat rissoles are so easy to eat and the best in Thailand are named Laap Thawt. These balls are a deep fried version of Laap, the popular spicy Isaan salad. They are crunchy and normally served with some cabbage or green beans, plus some roasted red chilli for lovers of spice. There is nothing better than some nuts or cashews alongside a cold beer, but in Thailand, the dish to look out for is Thua Thawt Samun Phrai.

This plate of fried peanuts is combined with deep fried kaffir lime leaf, garlic, salt and chilies. There are many different versions and it is an utterly addictive snack. One easy-to-eat option that’s great for people who are not into chilli is Daet Diaow. Originally meat that had been marinated, sun dried for a day and then deep fried, it is now more often than not only marinated and deep fried; it is served with a Nam Jim Jaew dipping sauce. Beef or Pork (Neua and Moo respectively) are the most popular choices. Sometimes you will see street vendors pulling up with their grills smoking; dried squid lined up in rows. This squid has been dried in the sun and already flattened before being reheated, pressed once again and sliced right before eating; it goes great with a cold beer or a whisky. Last but not least is anything chicken….Gai. Gai Thawt

• Deep Fried Chicken, leads the brigade. Forget KFC this is TFC; it’s easy to eat and utterly delicious in Thailand. Of deep fried chicken, though, my choice for the best drinking food option is Nang Gai Thawt

• Deep Fried Chicken Skin; not for people who with high cholesterol issues, but it’s utterly delicious. Or for the more adventurous diners, there is Naem Em Kor Gia Thawt
• Deep Fried Fermented Chicken Knuckles. These morsels are slightly sour from being fermented, then flash fried and served with sliced, pickled ginger and peanuts; go on, give them a go. Tip from Leigh: If you love your Thai Food, I suggest you should follow Andy Ricker of PokPok restaurants and Whiskey Soda Lounge fame. He not only loves Thai Food, has written many cookbooks and is now Thailand’s first Culinary Ambassador. He has released a new cookbook called Pok Pok: The Drinking Food of Thailand, which any Thai foodie would be proud to own. 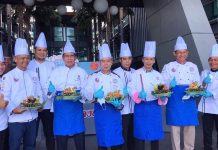 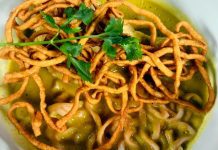 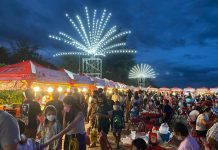 Major food festival gets underway in Cha Am