The Diseases Control Department has warned people to eat well-cooked food, clean their hands with soap before and after preparing food to prevent contracting Rotavirus.

The department reported that during its monitoring of diarrhea cases, it was discovered that more adults were infected with Rotavirus which is the common cause of diarrhea disease. Out of 32 patients who suffered from diarrhea, 30 of them were caused by Rotavirus. Information from the department for 2015-17 showed that there were altogether 1,510 cases of diarrhea from Rotavirus, but there were no fatalities. However, the department predicted more diarrhea cases due to the cold weather which enable Rotavirus to multiply and persist longer in the environment. Also, the change of weather has made people more susceptible to falling sick.

Rotavirus-induced diarrhea stems from eating food which was not well cooked or not clean or dirty drinking water or from using things which were stained with the virus. The symptoms include fever, vomiting, stomach pain and watery diarrhoea. There is no specific treatment for rotavirus. For people with healthy immune systems, rotavirus infection of the bowel (gastroenteritis) is a self-limited illness, lasting for only a few days. The treatment consists of increased fluid intake (oral rehydration) to prevent dehydration. About one in 40 children with rotavirus infection of the bowel requires hospitalisation for intravenous fluid. 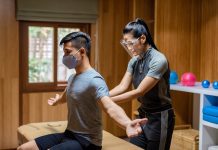 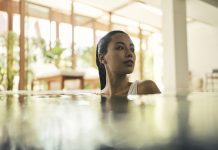