I received a call, one rainy afternoon, from a very close friend, a brother, I was not expecting to hear from him at all. A few weeks earlier, we had a major fall out, one that tested the chore of our friendship. I committed an ‘indiscretion’ and the consequences were pretty severe, perhaps too harsh.

I asked myself what could he possibly want? I was baffled and saddened by the news. His wife, my sister at heart, had been diagnosed with breast cancer and needed surgery, not just to remove the lump but in medical terms, a mastectomy. In other words, this meant the beginning of the most important battle of their life. I felt completely powerless and dreadful by the news – if only there was a magic pill, a remedy and all would be gone.

There are a lot of sicknesses out there that doesn’t seem to affect our lives until it hits us close enough, another reminder that none of us is immune or invincible, we are simple humans and sometimes lucky enough to enjoy a life without being sick. I was shocked to read that one woman out of eight in the US, Australia and Canada are fiercely battling breast cancer, and this number reaches twelve million on a worldwide scale. That piece of info is jaw dropping.

It makes you think, how many women are fighting, silently to live? By researching breast cancer on google I discovered an infinite number of stories from survivors and victims, their families, their friends, it’s heartbreaking. Call me an honorary feminist, but I admire the strength and determination of women, especially when they are fighting, and fight they will, with determination, courage and a smile.

A few days later, I visited both of them at their home, I couldn’t help myself but to admire her for showing such strength, boldness and positivity while battling breast cancer and raising an eight-year-old child, this made me realize how strong women are and deserve our utmost respect, encouragement and support. Breast cancer leaves some gruesome scares, both physically and mentally, some temporary and some forever.

I cannot even fathom what is going on in her mind, what is she thinking about and where does she find the energy? As any chemotherapy would do, she was losing her beautiful hair and decided to shave all off, ‘bold’ decision I thought. It turned out that it suited her very well and we even joked about it, she could have been a model for an aunt Jemima advertisement, wearing a Doek around her head.

Where does she finds the tenacity, this ferocious hunger to keep going, that energy that makes her such a warrior and yet remain humble, down to earth and funny, the most caring person in the world. She still finds the time to be a dedicated wife and mother to her loving husband and child and time to cook-up a meal for visiting friends, how do you do that? What’s your secret?

As I was speaking with her hubby, I could not stop wondering what was going through his mind, how did he feel, nothing was transpiring but I knew deep down, he was crushed. Throughout the dinner, he was composed, at no time did he show any signs of despair… I gathered that he was not in a position to show any emotions, he had to remain strong, keep high hopes to avoid distressing both his wife and his daughter. How could they remain so positive in the face of death? Was it faith?

And then it hit me, the family spirit is the roots that keeps them united, strong and enduring… She is not alone, they’re here with her and for her, pushing her forth and whispering in her ear, when needed: the battle is not over, stand-up and fight, you will prevail. We’ve witnessed all the countries around the world working together to find a treatment against COVID, we’ve seen and read, day after day, for the past 18-months, the ravages COVID has done and how many families were torn apart as a result of this global pandemic.

We’ve heard less about breast cancer… if only all these countries would unite with the same devotion, determination and efforts to eradicate breast cancer, so that all the “M” in the world would never have to experience it and all their families never suffer from it. In memoriam of all the women who have lost their battle to breast cancer, may you rest in peace and may your families find strength and comfort surrounded by their loved ones. Courage to those who are fiercely and silently battling it these days, may you prevail and live happily ever after. Keep faith M, your courage and determination are an inspiration to many of us. 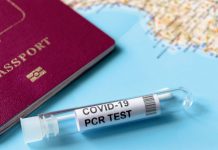 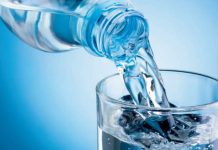 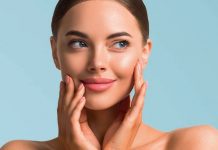