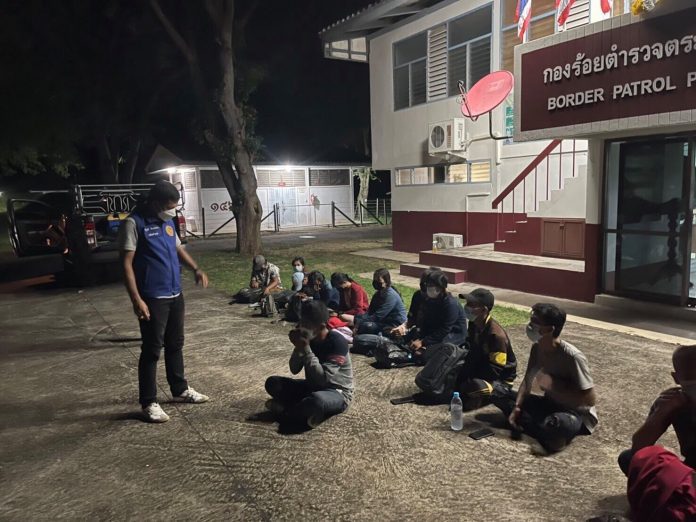 Police on Sunday (Oct 3) arrested eleven migrants from Myanmar who illegally crossed the border into Thailand using a natural pathway.

Border Patrol Officers said they arrested the eleven Myanmar migrant workers, who were all aged between 19 and 25, and their Thai broker, 38 year old Teerapong Poolsawat from Prachuap Khiri Khan Province.

Police said Mr. Teeraphong confessed that he was hired to pick up foreign workers close to the border and was paid 500 baht per head to take them to a meeting point on  Petchkasem Road, in front of Huai Yang Wittaya School in Thap Sakae. Police were able to apprehend the group after being given information from another broker who was arrested on September 26.

That broker told officers of plans to bring another group of migrant workers across the border on October 3.

Mr. Teerapong remains in custody and will prosecuted according to the law, police said.