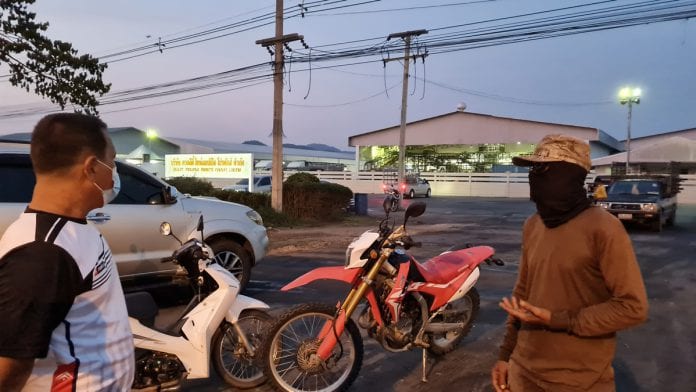 Health officials in Hua Hin have announced the discovery of 112 new COVID-19 cases.

The cases were discovered during proactive contact tracing among employees at the Quality Pineapple Plant located on the Cha Am-Pranburi bypass road.

The contact tracing took place after 11 migrant workers were found to be infected with the virus on Thursday.

A total of 257 people then underwent testing on Friday, resulting in the discovery of 112 infections.

Also on Friday, health officials announced that the Quality Pineapple Plant had been sealed off and turned into a temporary field hospital.

The Nong Nok Noi village in Hin Lek Fai where some of the workers from the factory live has also been disinfected.

Those who have tested positive have been transferred to the field hospital located in the Hua Hin Commercial School Building.

Health officials said the cluster at the Quality Pineapple Plant is linked to the major cluster discovered in April at an entertainment venue in downtown Hua Hin.