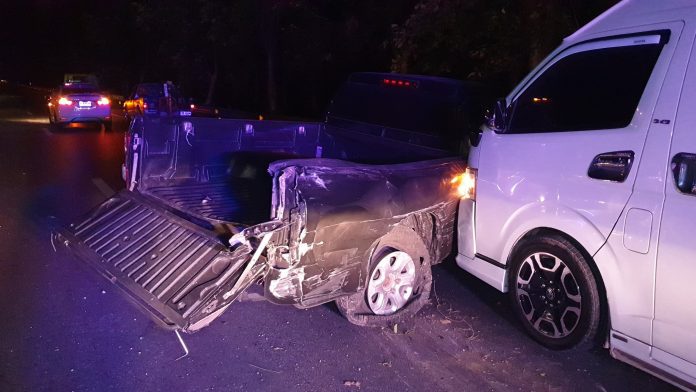 Those killed or injured in the accident were illegal workers from Myanmar, police said.

The accident took place on the Bangkok bound side of Phetkasem Road near the 316+800 marker in Khlong Wan.

Police said the accident occurred when the black Chevrolet pick up truck the workers were travelling in suffered a burst tire and hit the central reservation.

The injured, who were taken to Prachuap Khiri Khan Hospital, told police they had travelled from Mudong in Myanmar and had crossed the border illegally.

They said they had been promised jobs in Samut Sakhon.

Meanwhile, on Tuesday (Mar 16) twenty illegal workers were arrested in Mueang district after police and military stopped a pick up truck in Huay Sai.