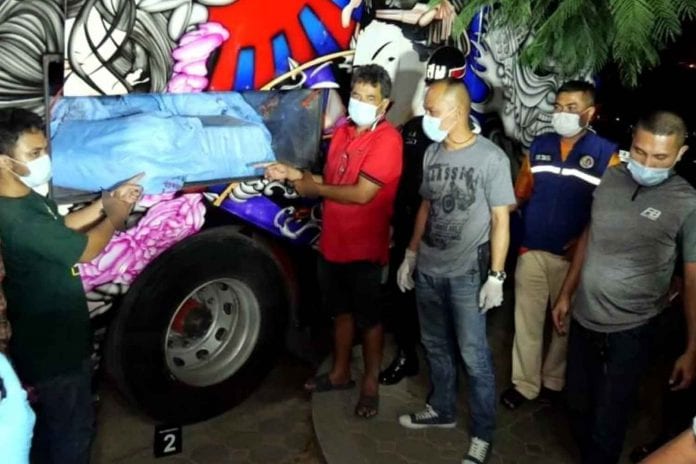 Police arrested about 600 kilogrammes of methamphetamine and detained the driver and attendant of a chartered bus taking students on a field trip.

They seized about 30 sacks including speed pills and crystal meth from the luggage compartment of the bus.

Each sack weighed about 20kg.

The suspects told police that a southern school had charted the bus, registered in Songkhla province, to take students to the King Mongkut Memorial Park of Science and Technology in Prachuap Khiri Khan province.

While the students at the park, they drove the bus to Pak Tho district of Ratchaburi to pick up the bags from a man who was paying them 100,000 baht to deliver them to Phatthalung province.

Then they headed back to the park to pick up the students for their return trip.

As they headed south to Prachuap Khiri Khan the was stopped and searched in Phetchaburi and the two crew arrested.