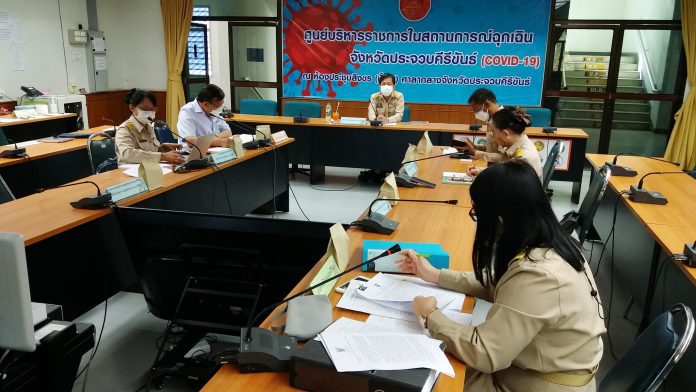 A total of 61 cases of the Omicron variant has been found among Thais and foreigners in Prachuap Khiri Khan, it was announced on Monday (Jan 10).

According to Dr. Wara Selawattanakul, Provincial Public Health Doctor, 27 of the cases have been found among foreigners, while 26 originated in people who travelled to the province from elsewhere in Thailand.

Six of the cases are local transmissions within the province and a further 2 cases are still under investigation.

Dr. Wara said most the Omicron cases were found in Hua Hin (54 cases).

The other cases were found in Pranburi (3 cases), Bang Saphan (2 cases), Thap Sakae (1 case), and Mueang Prachuap (1 case). Currently, 11 of those who have tested positive for Omicron have already made a fully recovery.

Health officials said while the data shows that the Omicron variant is not as severe as the Delta variant, it is more contagious.

Therefore, people are urged to closely adhere to public health measures, particularly people who are in the so-called ‘at risk’ groups, such as those aged 60 years and older, those with 7 chronic conditions, and those who are pregnant 12 weeks or more.

Health officials also urged people who had not been vaccinated to get the vaccination as soon as possible.

In addition, all hospitals in the province are in the process of accelerating 3rd dose of vaccine for those who have received 2 doses.

Meanwhile, the provincial governor, Mr. Sathien Charoenruen has also instructed relevant officials to prepare additional beds for COVID-19 patients, as well as ensuring there are enough medical staff, field hospitals, and isolated community centres to treat patients should the province experience a spike in cases.

In an order released on Sunday, restaurants in Hua Hin and Nong Khae have been instructed to stop serving alcohol from 9pm, a reduction of one hour from the previous 10pm cut off time.

Any restaurant serving alcohol is required to have a SHA or SHA+ safety certification.

Restaurants located in the tourism pilot areas of Hua Hin and Nong Khae districts are not permitted to service alcohol, the order read.

Entertainment establishments such as pubs, bars, and karaoke venues are still prohibited from opening in all districts.

However, entrepreneurs can file an application to operate a restaurant by January 15th at the District Disease Control Operation Center or the Provincial Public Health Office.