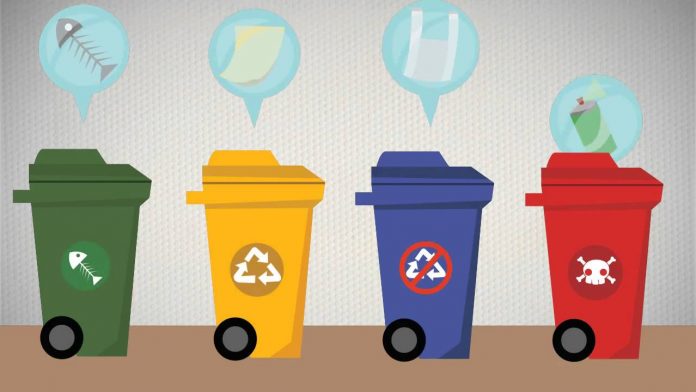 Residents in Hua Hin may soon be asked to sort their household waste into different colour bins or similar, under new measures aimed at tackling the city’s trash problem.

Municipal officials have put forward waste segregation and recycling as some of the possible solutions being considered to solve issues related to the collection and disposal of waste in the district.

On Monday (Jan 31), a meeting presided over by Mr. Siwat Boonkerd, Deputy Municipal Clerk of Hua Hin and attended by Mr. Theeraphan Jadphon, Director of the Division of Public Health and Environment, as well as other officials from related agencies, discussed the need in which to establish an effective waste collection system.

Waste being separated at source is seen as fundamental to reducing the city’s waste problem.

Mr. Theeraphan said that around 150,000 kg of waste is collected in Hua Hin each day and that waste is a major issue for the municipality.

Mr. Theeraphan called on everyone – including residents – to work together and take responsibility for the waste problem.

Mr. Theeraphan said that if residents began sorting their garbage, it would enable workers to collect waste more efficiently and quickly. Waste segregation is used by authorities the world over as a way to boost recycling efforts and improve waste management.

In some places, it is mandatory for residents to comply with waste disposal rules.

A common waste segregation strategy is when residents are required to dispose of waste into different coloured bins or bags.

Municipal officials will discuss further how waste segregation could be implemented in Hua Hin.