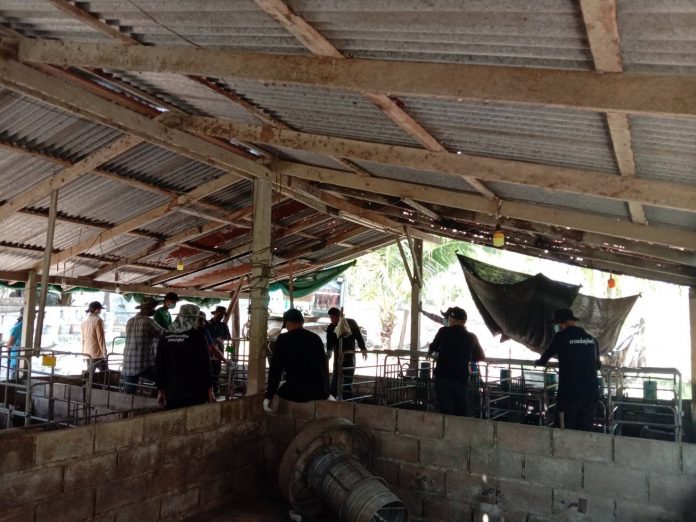 Mr. Yusthira said the source of the outbreak is being investigated, while measures have already been put in place to control any further outbreak.

A total of 117 animals will be destroyed following the discovery of ASF, while the farms in question will be thoroughly cleaned and disinfected, Mr. Yusthira added.

The movement of animals will also be restricted within a 5 kilometre radius of the farms where the infections were detected.

The farmer in Thap Sakae said some of his animals began to show a decrease in appetite and had become drowsy, which can be symptoms of ASF.

The farmer was advised to collect samples from animals and wait for the results of lab tests.

While waiting for the results of the tests some of his animals began to die.

Officials later confirmed the tests came back positive for ASF.

The farmer was then forced to destroy a total of 58 pigs, including the mother pig which was used for breeding.

While he will receive some compensation from the government, the farmer estimates he could be faced with losses up to 400,000 baht.

African swine fever is harmless to humans but fatal to pigs, and there is no vaccine to guard against the virus.