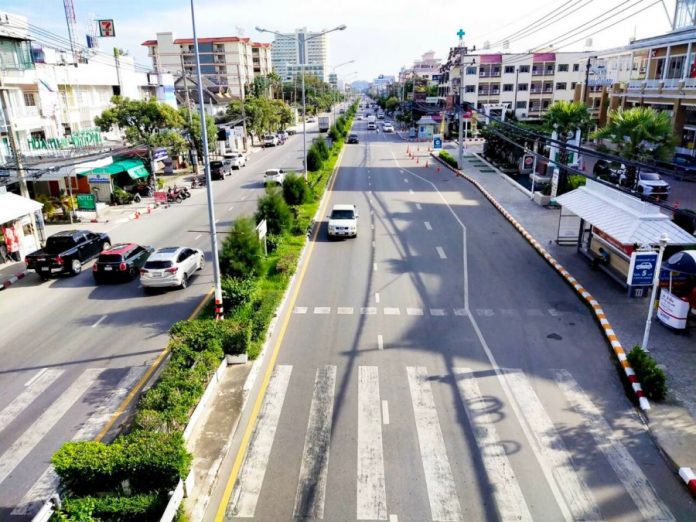 They said that the resort was quiet with just a few Thai tourists on the beach, some deckchairs taken and light traffic in the town.

This was to be expected on a normal workday, they noted.

Better news was at the airport where full flights on the rescheduled night time departures and arrivals to and from Chiang Mai were full of Thai people.

They spoke to a four wheeler driver outside Market Village called Thakorn Sitthisat who said that things were still quiet but picking up, especially Thais at weekend.

He and others doubted that the numbers of visitors would be as many as predicted by the tourism authorities but held out hope that foreigners would be back on the beach within two weeks.

And that at New Year there would really be something to celebrate with the return of more tourists to the holiday town.