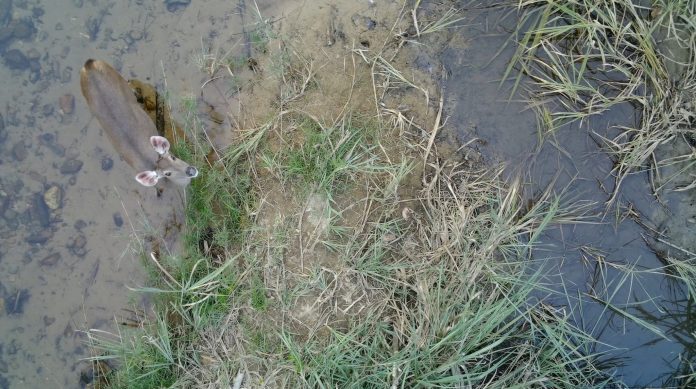 Hidden cameras in Kaeng Krachan National Park have revealed the daily lives of its wild inhabitants as they eat, bathe, nap and unknowingly pose for selfies.

The hidden camera traps have been installed at various locations in the park as part of a biodiversity survey carried out by the Kaeng Krachan National Park Education and Research Office, in collaboration with the Wildlife Conservation Society (WCS) of Thailand.

The survey was conducted over an area of 35km along the Phetchaburi River from the Khao Phanom Thung Forest Protection Unit to the Huai Mae Saliang.

The cameras captured amazing footage of an endangered freshwater Siamese crocodile (Crocodylus siamensis) swimming and then basking in the sun.

Freshwater crocodiles are an endangered species and have only been spotted in the park a couple of times over the last ten years.

They normally grow to between 3 and 4 metres and length and feed on fish and other small animals.

They are generally not a threat to humans providing they are not disturbed and have regular access to food.

The Wildlife Conservation Society of Thailand (WCS) and the Department of Education and Research of Kaeng Krachan National Park have been working together to try and maintain the park’s varied biodiversity.

In addition to freshwater crocodiles, park officials have said that Previously, officials said that tigers have also been discovered in the Kaeng Krachan National Park, indicating that the staff’s efforts to conserve the forest have been successful.