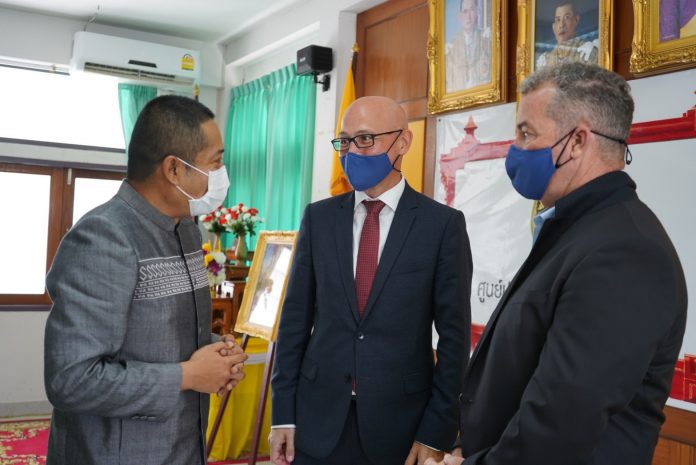 The visit was the first time the British Embassy had held an outreach in Hua Hin.

“It was great to hear about the commitment local authorities have to British residents and tourists in the area”, read a post about the visit on the UK in Thailand Facebook page.

The British Embassy says there are more than 1,000 British expats residing in Hua Hin.

Mrs de Cartier d’Yves and the governor discussed various issues including the local COVID-19 situation, tourism and the problem of people smuggling along the province’s border with Myanmar.

Governor Sathien reported how the COVID-19 situation in the province is now considered as being under control and that the overall mortality rate has remained low.

He added that because tourism is one of the main forms of income for the province, it will be an area of significant focus moving forward.

Governor Sathien said that PR and marketing campaigns will be launched to help promote all areas of the province, not just Hua Hin.

Governor Sathien also said that issues regarding people smuggling are still relatively rare but that officials are monitoring the situation closely.

The governor said that there are 12,621 Myanmar nationals registered as living in the province.

The governor said there are about 100 Belgium nationals living in the province, most of whom are retirees, while some are working here.