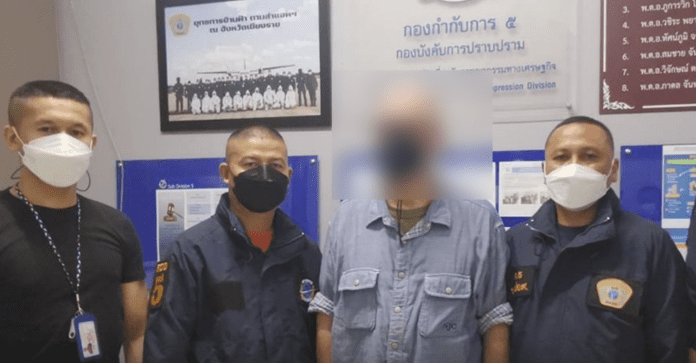 A 63 year old American man who is accused of fraud has been arrested in Hua Hin after spending fifteen years on the run.

Police say the man, who was named only as Mr Tom, set up a website that tricked people into submitting their online banking credentials.

The man then allegedly transferred money from the victim’s accounts into his own account.

Police say the man, who denies all allegations, was running the scam back in 2006.

Two of his accomplices were arrested in 2007, one of whom is said to have named Mr Tom as a suspect.

Mr Tom was arrested later that year but skipped bail.

Police had been unable to trace him ever since, until he was re-arrested on Thursday (Oct 22) at a hotel on Soi 88.

Police said the man was arrested just one day before the statute of limitations was due to expire on the case, which would have meant he would have been a free man.