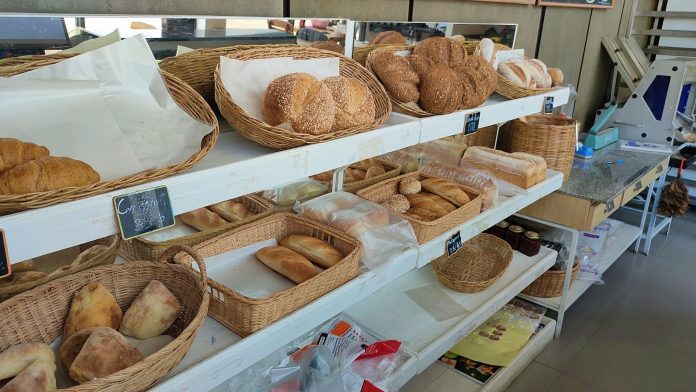 It might seem hard to believe now but there was a time when decent bread was hard to find in Hua Hin.

Outside of the five star hotels and a couple of local bakeries, which understandably catered more towards local tastes, the only other alternative was the mass produced fare found at a local supermarket or convenience store.

But there’s one person who was arguably there before all the others and who it could be said helped to kick start Hua Hin’s mini bakery revolution.

Andy Cook, who has been living in Thailand for the last fourteen years, runs the popular Andreanna’s Bakery and Restaurant in Khao Takiab.

Andy, who is a trained chef with more than three decades of experience, has seen his career take him from the UK to Ireland, across Thailand and via a stint in Myanmar, before settling in Hua Hin around seven years ago. “Growing up, my family had pubs and hotels in the UK, so it has been part of my life from an early age. I’m a chef by trade, with 35 years experience and sided towards bakery,” Andy told Hua Hin Today.

Andy’s career started in earnest when he joined the Royal Air Force as a chef at the age of 20.

“Joining the forces as chef meant I was not only trained to a high standard but also learned about professionalism and discipline”, Andy explained.

“We’d often have to cater for anywhere between 200 to 2,000 people per sitting – that could be three times per day”.

“You’re in at the deep end and it was a lot of work but that training gave me all the foundation I needed to have a career as a chef”.

After leaving the forces, the next chapter of Andy’s life found him in Ireland and it was here where he began to hone his baking skills.

He completed an advanced pastry course at GMIT Galway, now known as the Atlantic Technological University.

Later Andy would run a bed and breakfast and fishing lodge at Lough Corrib in west Ireland, as well as working as a pastry and sous chef at a seafood restaurant in Galway.

After his arrival in Thailand, Andy was the opening chef at the popular Blue Mango Bar and Grill in Phuket and later spent six months dividing his time between Thailand and Myanmar where he worked aboard a luxury river cruise boat. But it was in Hua Hin where he really began to make his mark, helping to open several of the town’s bakeries, many of which are still operating today.

An opportunity to set up on his own was too good to turn down, and Andreanna’s Bakery, named after his daughter, opened.

From its location in the Navio Huahin Condominium in Khao Takiab, Andreanna’s Bakery specialises in quality breads, including sourdough and white sourdough, pies and pastries, all of which are freshly baked every morning – Andy starts around 3am.

In addition, there are freshly made sandwiches, daily specials, including fish and chips and a large breakfast menu.

Today, Andy’s customers range from the elderly expat with a fondness for Apple pie to a variety of eateries from Hua Hin to Bangkok.

“We are really busy on the wholesale side of things. I have customers who have been with me since I first opened and have stayed with me ever since”, Andy said.

If you have not eaten Andy’s bread, burger buns, pies, pizza bases, baguettes or pastries from Andreanna’s Bakery, the chances are you will have eaten them from one of the many restaurants he supplies throughout Hua Hin.

Andreanna’s Bakery is also well known for its Sunday roast dinners of either pork, butter roasted chicken, New Zealand lamb and prime Australian beef, which cost from 220 baht to 480 baht.

All are served with Yorkshire pudding, creamy mashed potatoes, vegetables, stuffing and choice of sauces.

“It’s always advisable to book in advance for the Sunday carvery. Even our regulars have to book”, Andy says.

And for anyone wanting a custom cake for a celebration such as a wedding or a birthday, Andy can make those too.