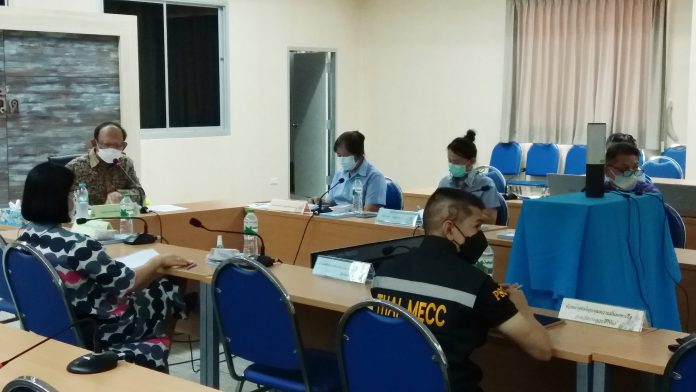 Health officials in Prachuap Khiri Khan have closed all Community Isolation Centres (CI) following an improvement in the COVID-19 situation in the province.

Prompiriya Kitnuson, Deputy Governor of Prachuap Khiri Khan Province announced at a meeting of the Provincial Communicable Disease Committee that the CIs in each of the province’s eight districts will be closed with immediate effect.

People who test positive for COVID-19 but who are asymptomatic or report only mild symptoms are advised to isolate at home. People with more severe symptoms will be admitted to hospital, Deputy Governor Prompiriya confirmed.

Meanwhile, health officials also gave an new update on the progress of the vaccination rollout throughout the province.

The use of face masks in Thailand is now voluntary.

The move is intended to help people resume a normal life, according to a notice published in the Royal Gazette, which confirmed the easing of the rules regarding wearing a face mask.

However, health officials have stressed that the relaxation of the rules come with some conditions.

The elderly, pregnant women and those deemed to be in the ‘high risk’ group are advised to continue to wear a face mask when outdoors.

People are also advised to wear face masks when in crowded areas or where social distancing is not possible.

On Friday (June 24), the Bangkok Mass Transit System, commonly known as the BTS, announced that passengers would still be required to wear face masks.

At the time of posting, the BluPort shopping mall in Hua Hin was still requiring people to wear a face mask before entering.