The Christmas tree lights at BluPort will be officially switched on Saturday evening (Dec 4).

The ‘Light up Christmas Light’ event will be held from 5.30pm and will be presided over by Suwat Liptapanlop, former Deputy Prime Minister, as well as Thai actress and model Mai Davika Hoorne. There will also be a performance by Thai pop star Ben Chalati.

The ‘Light up Christmas Light’ kicks off BluPort’s Miracle of Winter 2022 – a series of events aimed at attracting locals and tourists over the Christmas and New Year period. 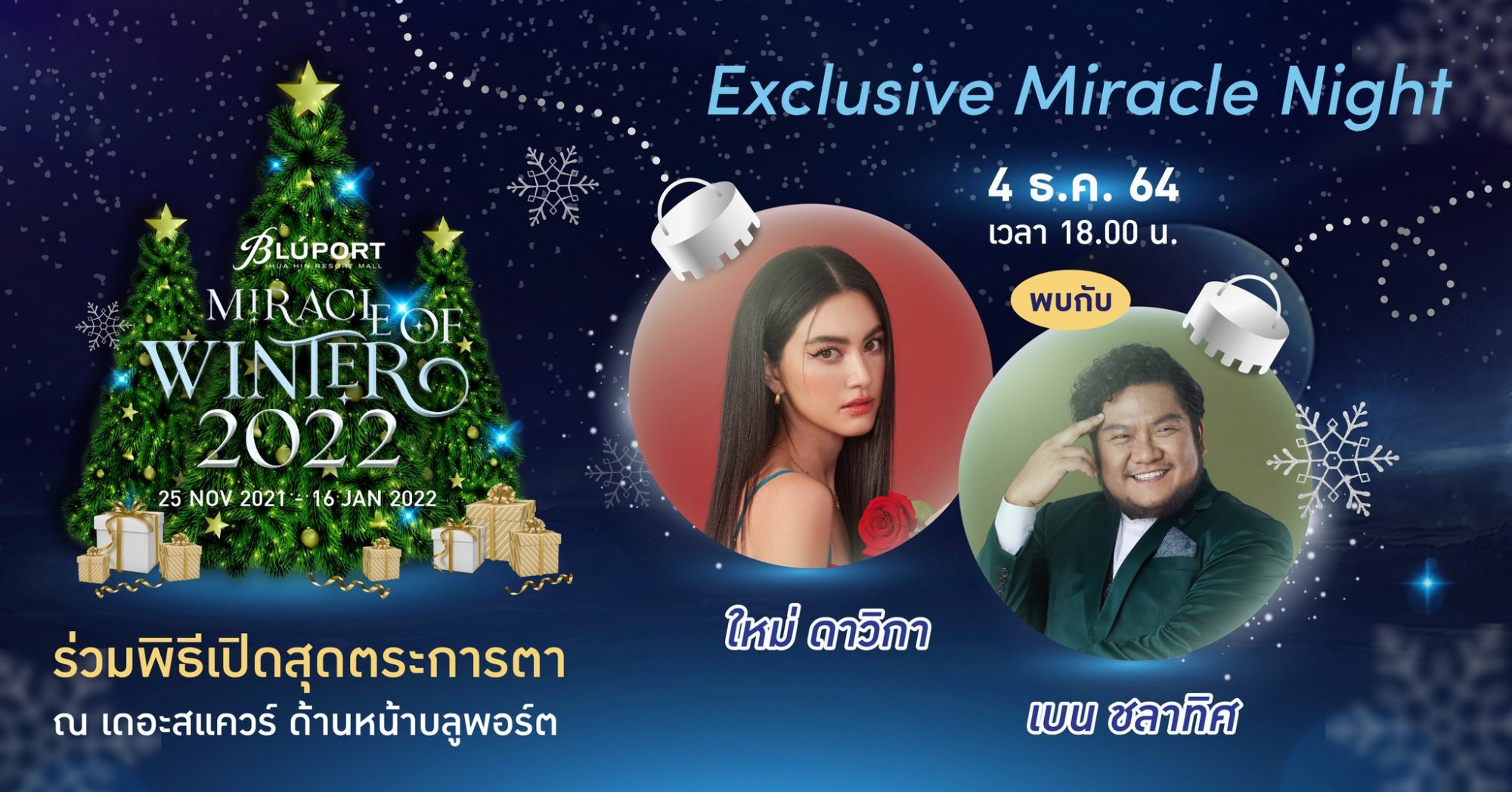 A Countdown Fair, which will include performances from Bee Peerapat and Pae MVL, as well as a variety of other activities will be held on December 31st, 2021.

In October, it was announced that 100 million baht would be invested into BluPort which will result in the addition of more modern facilities, as well as improvements in the business structure and services at the mall.

The aim is for BluPort to establish itself as a ‘must check in destination’.