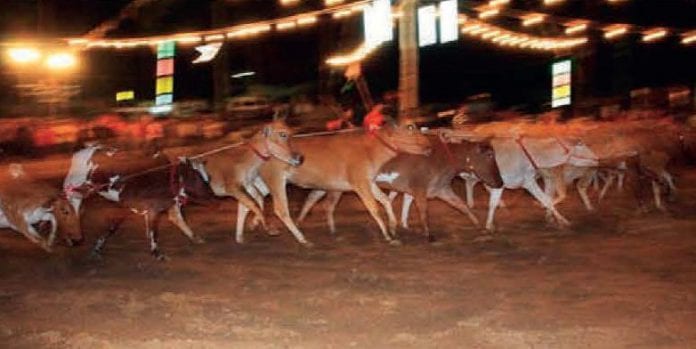 The petition requests permission to conduct bull-racing and gambling in 30 arenas in the province. The group said it would operate through the Bull Races Sports Association and will observe the following restrictions:

The group said the training and racing of bulls should again be allowed in this province as it is in Phetchaburi, Ratchaburi and Kanchanaburi provinces. The group also stressed that they will comply with various laws,including the Gambling Act, and follow the strict Covid -19 animals transport measures specified by the Public Health Office and the Ministry of Interior.

Deputy Governor Chatri instructed the administrative office to explain to the group regulations issued by the Ministry of Interior regarding this ban.

Flashback:
On August 28 of this year an officer of the Cha-am Municipality brought a bull from Cha-am district to compete in a race at Ban Boh Fai in Hua Hin. The bull was shot dead during the race and it was not known who fired the gun.