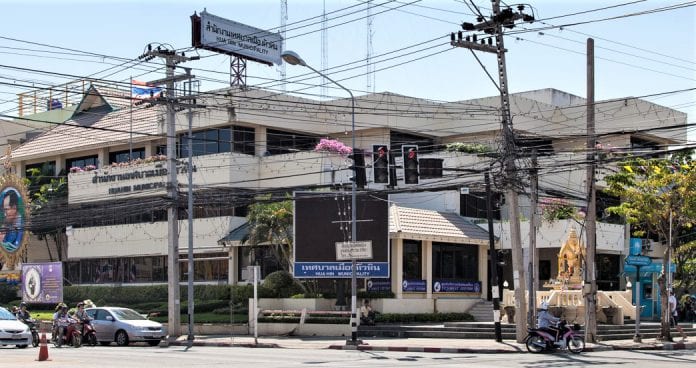 Is it time for Hua Hin to change? What more does Hua Hin need to do to make itself a standout city in the Thai tourism industry?

How much can we rely on our elected municipal leaders to boost our economic prosperity and to promote the well-being of residents of our seaside community? Hua Hin’s mayoral election is coming up soon and it is promising to be a tough battle between three candidates vying to become our next mayor.

Local politics are often based on big politics with big politics dictating and driving local politics. At the local level, can we work smoothly to be in the same direction that the country is moving to? Three mayoral candidates, all male, have declared their interest to run: current mayor Nopporn Wuttikul, Mr Udon Olsson and Mr Than Awsuwan.

The candidate’s background and qualifications are outlined here. More candidates may also enter field by election time. The central government has passed a resolution that a municipal election should be held in the Hua Hin by early next year.

Mayor Nopporn already had to remain acting in his position for the last two years, as a new municipal election was delayed by central government political changes and the Covid-19 epidemic. Nopporn Wuttikul Current mayor Nopporn is of course well known in Hua Hin.

He intends to run for re-election to the job that he has been ably doing for some eight years. Mr Nopporn is an ally of the Democratic Party and he is a member of New Power Group (Palang Mai Group). In June 2012, he won the election and became the mayor for the first time.

In his new Hua Hin work, the mayor concentrated on solving water and traffic problems. One notable achievement of his, popular especially with the more senior community residents, is Wilai Waiwan project, a cultural and educational community centre and school for adults. Under his leadership, the Hua Hin Municipality swung into effective action to try to soften the social impact of the Covid lockdown.

Working with Minister of Agriculture, Dr Chalermchai Sri-an, for example, the municipality handed out bags of rice and served cooked food to residents who could not work during the lockdown.

He has been a successful real estate businessman in Hua Hin for more than 30 years. He is chairman of the board of directors of Para Development Ltd and also board chairman of Don Aluminium and Glass and construction materials business. He is also a special lecturer in Business Administration at Stamford.

Udorn is also an advisor to the Ministry of Transport and the senate of Natural Resources and Environment Committee. Mr Udorn said he was keen to offer himself as mayor with new ideas and different approaches to developing Hua Hin. He said that his policies would be publicised closer to election time.  During the Covid-19 epidemic, he and his team went out to help people by donating goods and food, using the team’s own money.

Mr Udorn has been actively contributing to the promotion of Hua Hin Airport for it to expand its services. Already August saw Air Asia introducing of two more domestic flight routes from Hua Hin to Chiang Mai and Udon Thani. Mr Udorn feels confident that Hua Hin Airport would become an international one soon, bringing in yet more visitors.

The mayoral candidate sees much potential to develop Hua Hin as a more attractive destination for both tourism and investment. He says that the city already has its own distinctive look and feel as a historical and cultural resort and is especially attractive to visiting families. The key is to consistently add to this welcoming holiday image, he said. Mr Udorn has established his own group called ‘Hua Hin Mahanakhon’ and is also a member of the Pracharat Party.

The third mayoral candidate Mr Than Awsuwan is also another contestant to watch. With more than 10 years of experience in Hua Hin politics, Mr Than had been a member of the Prachuap Khiri Khan Provincial Administrative Organisation Council for two terms totalling eight years. He is currently a Senator representing Prachuap Khiri Khan Province and President of the Agricultural Co-operative Community of Thailand.

A native of Hua Hin, Mr Than also holds an Arts bachelor degree plus a master degree in Arts from Ramkhamhaeng University. Running as a candidate for mayor, Mr Than is not affiliated with any political party.

What would the new mayor be responsible for?
According to the 2019 demographic data, Hua Hin has an approximate population of 121,573 including the foreign expats living almost permanently here. The favourite resort city also welcomes each year some two million Thai and foreign visitors who spend more than six billion baht into the local economy.

Back in 1949 Hua Hin has some 4,000 residents, about 500 houses and 1949, in 2004 the Ministry of Interior established the Hua Hin Municipality. To Hua Hin permanent residents who love their city, and to also share it with visitors and foreigners, the need of good local systematic management with effective municipal policy and practice is clear.

As the current mayor and mayoral candidates would agree, our beloved seaside city has much potential that have not yet been fully realised. How best to create permanent wealth and security for Hua Hin in the present very difficult economic times? How best to maintain and improve the city as a premier desired holiday destination in Thailand? These questions are yet to be answered by the future mayor.