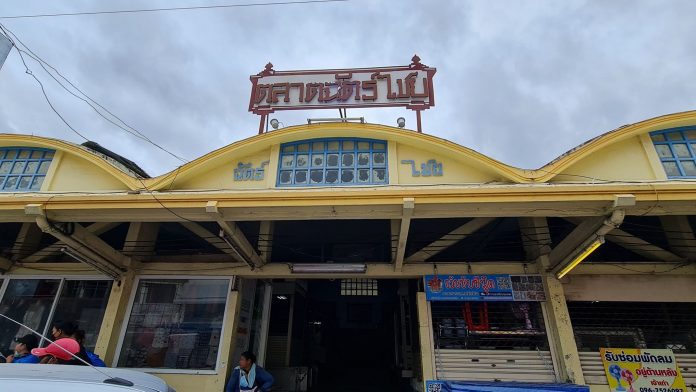 Hua Hin’s Chatchai Market reopened on Monday (Oct 18) after being closed for the previous seven days following the discovery of a COVID-19 cluster.

Health officials on Monday said the cluster has now resulted in 102 confirmed cases after testing 700 traders, employers and other people linked to the market.

The atmosphere at the market was described as subdued with only around 50 percent of market traders opening their stalls.

With cases from the cluster still being discovered, health officials warned the market could be forced to close again if the number of cases do not decrease.

One seafood trader said there were fewer customers at the market than usual but some of her regular customers had returned to her stall.

It was also said that because of a some confusion over the reopening, some traders did not have sufficient time to prepare their stall for reopening.

Since the discovery of the cluster, officials have tested all traders and stepped up screening. Most traders have received two vaccine doses.

As well as the cluster at the market, other clusters have been discovered around Hua Hin, including at a nearby restaurant and at a bakery on Soi 51.