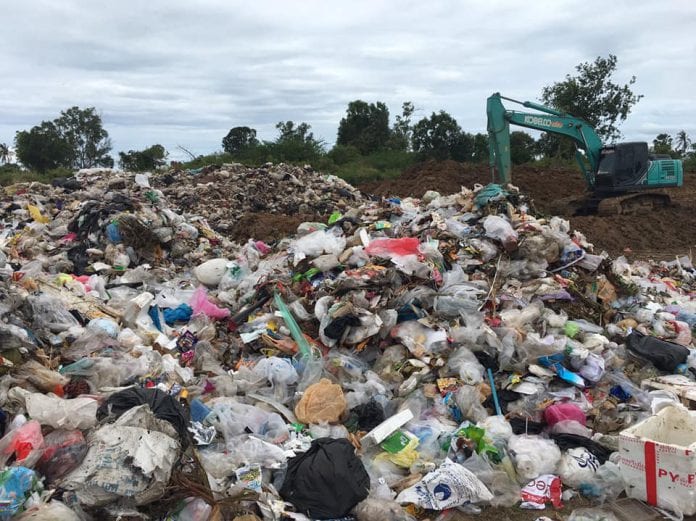 An end to the crisis concerning trash and waste disposal in Hua Hin appears to be in sight.

Hua Hin Municipality has been granted permission to send its trash to Nakhon Pathom for disposal – a province located more than 200 kilometres away.

The proposal to use the facility in the Kamphaeng Saen District of Nakhon Pathom was first reported by Hua Hin Today on Wednesday morning (July 14). However, Hua Hin’s Mayor has already warned of the cost implications for the town now having to send its trash across the country in order for it to be disposed of.

The news will no doubt be a welcome relief for the residents on Soi 102, who suddenly had to deal with a temporary landfill site being set up in their neighbourhood after the municipality used its land for waste disposal.

The land was a matter of metres from local houses and resulted in a flood of complaints from angry residents.

The mayor had said previously that the site on Soi 102 will not be used after July 20. Hua Hin Today understands that municipal workers have been instructed to start removing trash from the site already. The move to use the land on Soi 102 came after a twenty year agreement the municipality had with the operators of a landfill site located near the Thanarat Military Camp in Pranburi ended on July 1.

An alternative site in the Bo Fai area of Hua Hin was also proposed but was understandably rejected by local residents.

Requests to use waste disposal facilities in Phetchaburi and Samut Sakhon were also rejected, with officials finally able to reach a last minute deal with the privately owned facility in Nakhon Pathom.

Exactly what the financial cost implications will be to Hua Hin were not made available to Hua Hin Today at the time of posting.