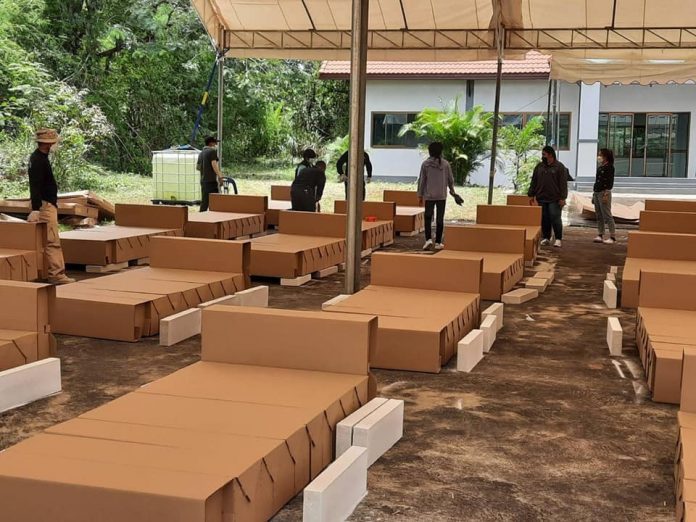 Health officials have said the COVID-19 situation in Prachuap Khiri Khan is “still worrisome”, following the discovery of a new COVID-19 cluster in Hua Hin.

The new cluster has been found at Ban Pala-U, Moo 3, in Hua Hin, which has so far resulted in 41 confirmed cases.

The discovery of the cluster prompted Prachuap’s governor to order the entire village to be locked down for 14 days in a bid to contain the spread of the virus.

A 60 bed field hospital located nearby will also be used to accommodate patients, health officials said.

According to the chief of the Huai Suat Yai Subdistrict Administrative Organisation, officials believe the cluster may have occurred after a teenager who later tested positive travelled from Phetchaburi to visit a friend in the village.

The village will be locked down until September 4 with entry and exit to the village prohibited unless give prior approval from the relevant authorities.

A 24 hour checkpoint has also been established to monitor people trying to enter or leave.

Following the discovery of the cluster, health officials said the COVID-19 situation in the province remains worrisome.

Recent weeks has seen the discovery of clusters in at least four districts throughout the province, while the number of COVID-19 related deaths have also increased.

On Sunday (Aug 22), health officials confirmed a seven month old baby was one of three COVID-19 deaths in the province.