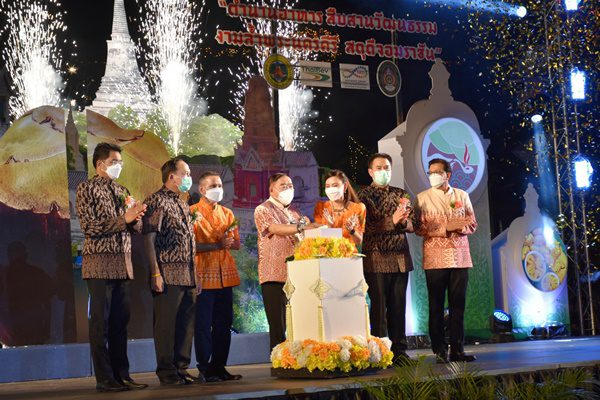 The event, which is being held at Khao Wang in Mueang District, honours Phetchaburi’s rich history and traditions as well as the former kings of Thailand.

This year’s event will be the 35th Phra Nakhon Khiri Fair and is being held under the theme “Phetchaburi City of Gastronomy, Food Legends, and Inherited Culture to Praise and Honour the King.”

The event normally gets underway from about 4pm each day. Visitors can expect to see parades, lots of musical and dance performances and lots of street food stalls.

There’s a daily fireworks display too which normally takes place around 9pm. Speaking at the official opening, DPM Prawit credited Phetchaburi’s recent recognition as a city of gastronomy by UNESCO’s Creative Cities Network (UCCN) and of Kaeng Krachan being recognised as a World Heritage site as being highlights for the province.

He said Phetchaburi has an abundance of nature and excels in gastronomy in part due to the quality of raw ingredients that are available throughout the province.

He said that both Thai and foreign tourists will be attracted to the province due to its nature, from Kaeng Krachan national park to Phetchaburi’s coastline.

DPM Prawit added that the Phra Nakhon Khiri Fair will help to publicise Phetchaburi further and holding the event will build trust among tourists.

The Phra Nakhon Khiri is on until Feb 27.