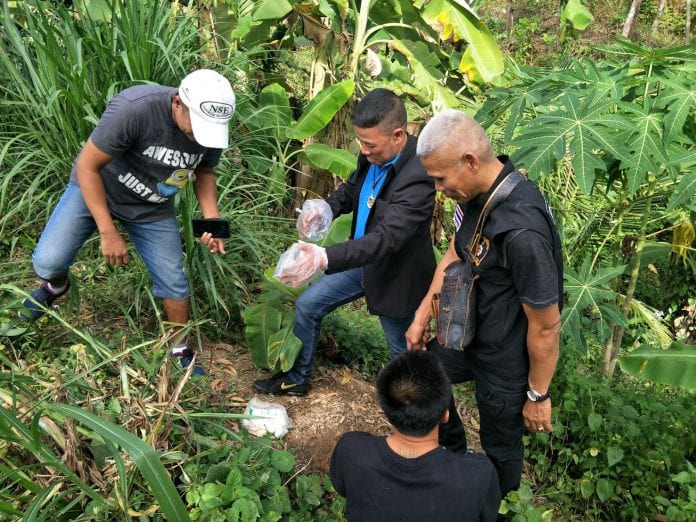 Lt Col Ekarat Hoonngam together with Deputy Director General Srimakta Sai instructed an investigating team to conduct a search and arrest for the suspect.

After gathering some information from the villagers, police officers blocked the entrance and exit of Khao Wong Village in Chaiyarat subdistrict, and led forces to the arrest of 27-year-old Mr Adisorn or Arm Yeed Saeng. During the search, police found couple of black plastic bags containing almost 5,000 amphetamine tablets buried under ground of a banana plantation next to his house. Adisorn told police that he got the drugs from an unknown person from Bangkok to be sold in local areas. The drug has a street value of about 150,000 baht. He was then taken to the Bang Saphan Noi police station for further prosecution.