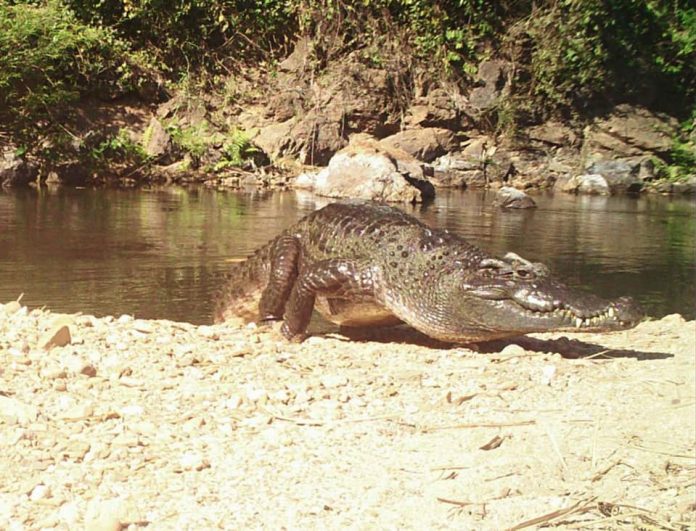 An endangered freshwater Siamese crocodile has been spotted in the upstream of Phetchaburi River in Kaeng Krachan National Park.

The reptile, spotted for only the second time in a decade and never before seen by wildlife officials, is listed as critically endangered on the red list for International Union for Conservation of Nature and Natural Resources.

It is estimated there are only are 20 Siamese crocodiles (Crocodylus siamensis) left in the wild.

Footage of the crocodile was captured in December after being recorded by camera traps installed by wildlife officials around the river as part of Phetchaburi River Biodiversity Survey project.

Mr. Itthi Thaikamol, head of Kaeng Krachan National Park, said the footage, which was released on Jan 23, indicates the abundance and diversity of ecosystems in Kaeng Krachan, which is a World Heritage forest area.

The crocodile is estimated to be about three metres long.

Siamese crocodiles are critically endangered and are highly sought after by poachers who sell their eggs and adult reptiles to crocodile farms while their skins are used to make luxury handbags and other items.

Meanwhile, wildlife officials said the camera traps also captured footage of other animals such as otters, elk, and bears.