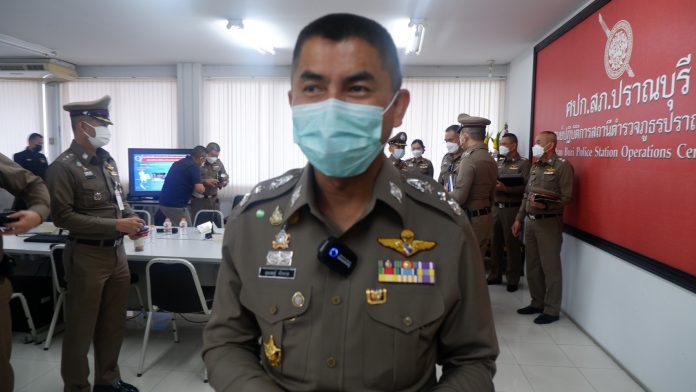 Police Lieutenant General Surachate Hakparn visited Pranburi Police Station this week to follow up on a human trafficking case which has resulted in the seizure of more than one billion baht in cash and assets.

He was in Pranburi attended a press conference to report on the case which has resulted in arrests across four provinces and the seizure of huge sums of money and assets.

The case dates back to June 2019 when police in Nakhon Si Thammarat arrested a group of illegal foreign workers from Myanmar.

Members of the same group were then arrested in Chumphon and Surat Thani province four months later.

Officers from the Anti-Human Trafficking Centre discovered the group were trafficking workers from Mae Sot in Tak province to Malaysia.

Arrests were then made at different locations in Prachuap Khiri Khan, Ranong, Phuket, and Pattani.

Working in conjunction with officers from Thailand’s Anti-Money Laundering Office (AMLO), police were able to freeze the bank accounts of 25 suspects, both Thai and foreigners, which contained a total of 980 million baht. Lt. Gen. Surachate said the investigation by his officers had yielded positive results.

He explained how his officers had expanded the investigation to the relatives and families of those arrested which enabled police to get a greater understanding of how the group operated in order to track their movements across the country.

Lt. Gen. Surachate said that his officers also discovered how the group attempted to continue trafficking even after some of their assets were frozen by switching to using gold instead of cash.

Lt. Gen. Surachate said his officers are continuing to investigate any gold shops that facilitated the trading of gold by the group, as well as exploring any other financial routes the group may have used.

A total of five members of the group have been arrested over the case, while three others have fled to neighbouring Myanmar.