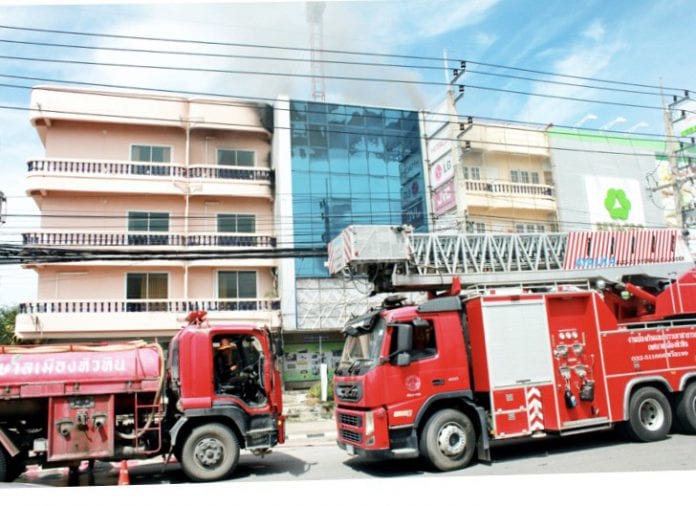 Police Lieutenant  Smith Petchpradit, the investigation officer of the Hua Hin Police station, along with city officials and fire brigade rushed to Soi Hua Hin 36 after being notified that a fire broke out at the office of GSE Corporation Limited in Petchkasem Road late yesterday morning. A 4-storey commercial building selling air conditioners electrical appliances went up in flames with thick billows of smoke were coming from the 2nd and 3rd floor. It took the fire brigade approx 40 minutes to bring the flame under control without anyone getting hurt. The authorities inspected the rubbles and believed that the fire started from the ceiling air compressor. Preliminary damages were estimated at 1 million baht.