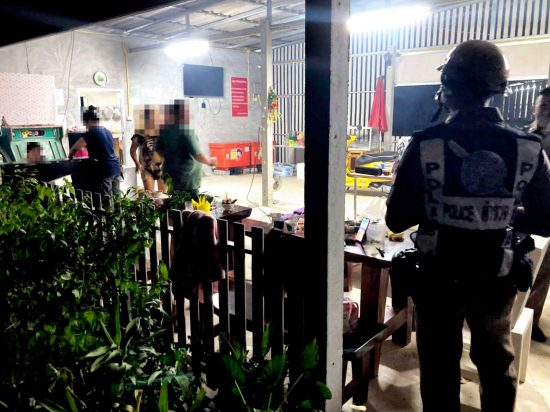 The chief of the Muang district police in Prachuap Khirikhan Pol Col Samer Yoosamran responded and went with a motorcycle patrol after 191 received a call about the consumption of alcohol at a karaoke lounge.

At the Ton Wa Karaoke on Suksomboon Road they found five people drinking alcohol and listening to music coming from a car parked next to the shop.

Kanchana, 40, from Bang Saphan, said she had just invited some friends over for a bite to eat and some drinks.

She was charged with breaking the Covid-19 emergency rules.

The police warned people about gatherings of five and more in the province that has deep red zone restrictions, reported Banmuang.

This post was republished with permission of ASEAN NOW formerly Thaivisa.com