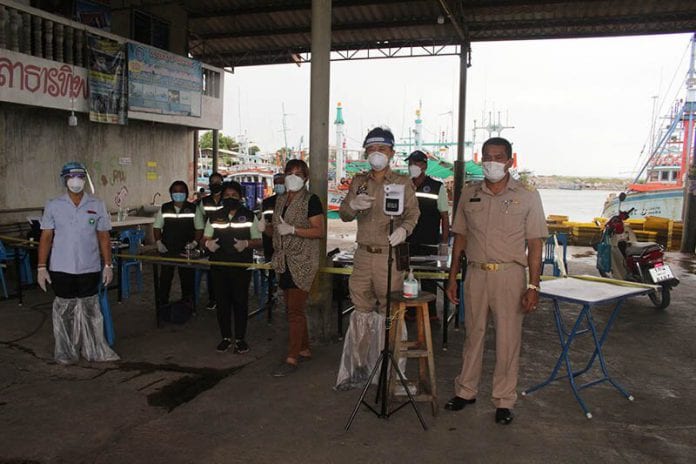 Officials on Monday announced a host of restrictive measures aimed at preventing further spread of the virus among workers in Cha Am’s fishing industry.

According to an order issue by Mr. Pakphat Song Wattanayuth, Cha-Am District Chief, control over the movement of boat crew and people working in the Saphan Hin area, known locally as the ‘fisherman’s village’ will be intensified.

A local market has also been closed, while any boat wishing to moor at the harbour will have to give officials at least two days notice. The boats must also agree to inspection and must also be disinfected.

Once crews have unloaded their catch, the boats must then return to sea.

The new measures, which will be in place until at least July 30, were introduced after a virus cluster was discovered among people in Saphan Hin, Saphan Mai and Klong Thian, the majority are workers in the fishing industry.

Late on Monday, officials said that the cluster was responsible for more than 200 COVID-19 cases.

Any person who violates the latest order will be prosecuted according to the Communicable Diseases Act, officials warned.