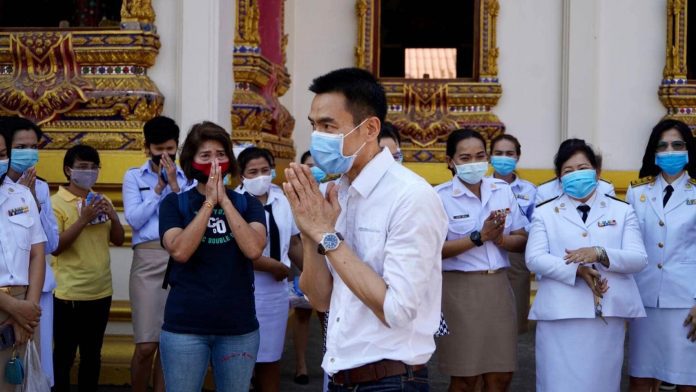 A former sheriff of Hua Hin who was credited with making a significant contribution to the local community has been appointed to a new role in the province.

Mr. Thanon Phornpeephas has been appointed to the role of sheriff of Mueang Prachuap.

From 2018 he held the position of sheriff of Hua Hin but was transferred to a similar role in Suphanburi after just 16 months of service.

His transfer to Suphanburi was seen as a significant loss for the municipality and local community in Hua Hin.

Mr Thanon is credited with playing a key role in the COVID-19 response in Hua Hin.

He also set up the Covid19 Prevention Command Center, Hua Hin District, which provided up to date information regarding the COVID-19 situation in the district on Facebook.

The page, which is still in use today, has become a trusted source for people looking for the latest COVID-19 information.

People commenting online were full of praise for the appointment of Mr. Thanon, with many people posting comments of good will regarding his new role in Mueang district.