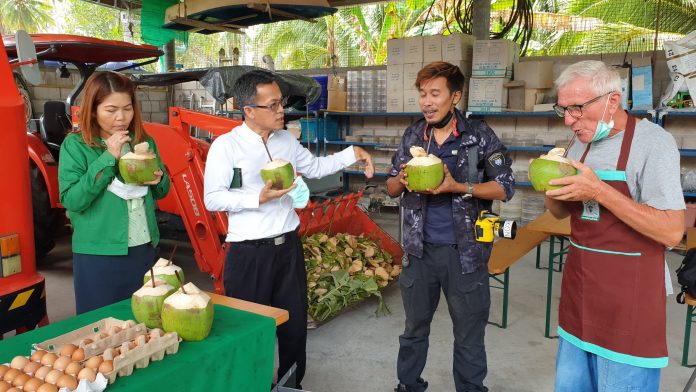 A German expat and his Thai wife have received recognition by local officials for their organic, chemical free approach to growing coconuts at their plantation in Prachuap Khiri Khan.

At the plantation, dubbed ‘Koko Jacob’, the couple use a non-toxic approach to farming, with no chemicals used to kill pests or weeds. 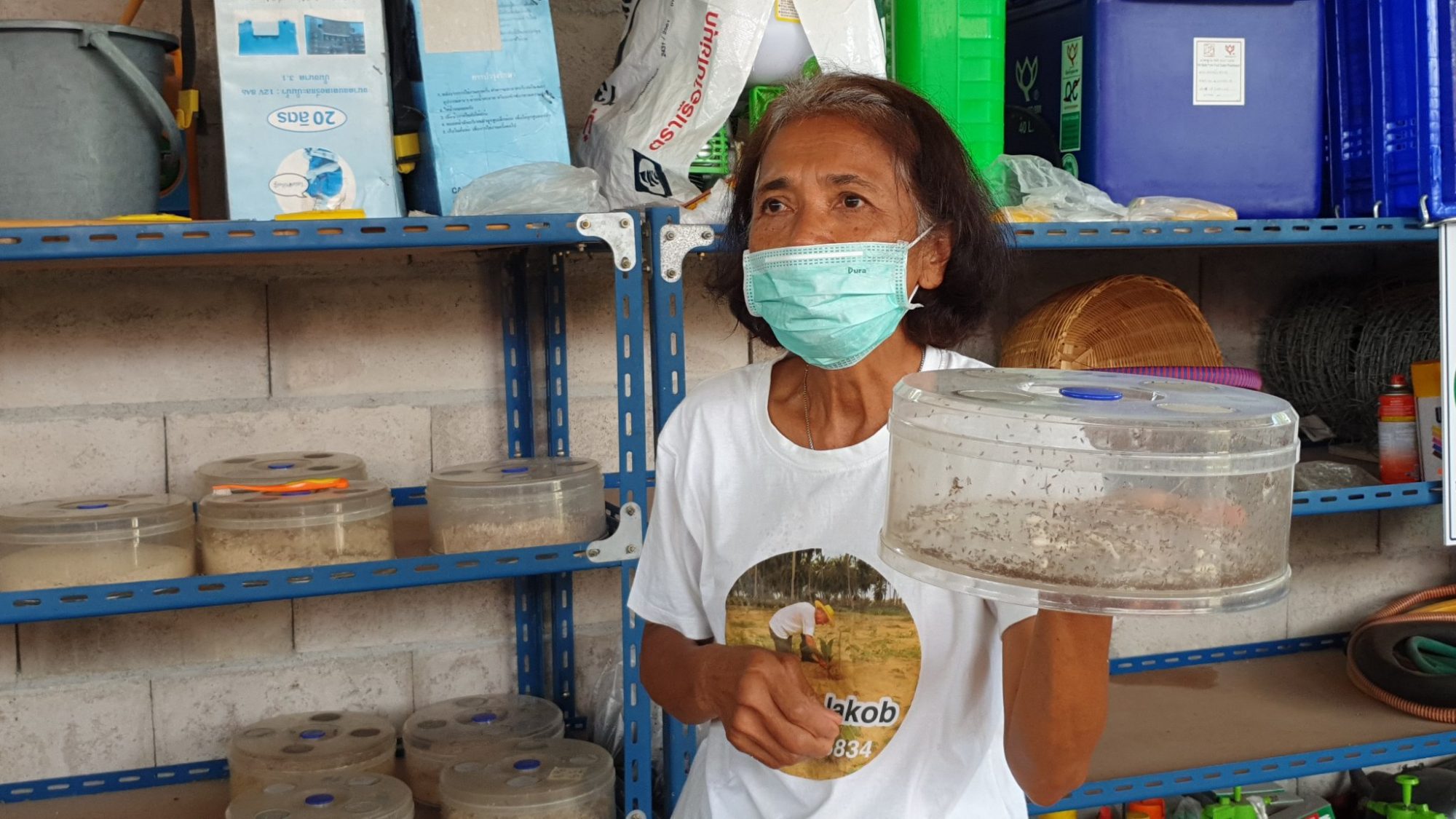 Instead, Asecodes hispinarum Bouček, a larva parasitoid, are used to control the different beetles which are known to feed on young coconut shoots.

The husband and wife team said their aim is to produce great tasting coconuts, non toxic coconuts for their customers.

The methods used at the plantation have been so successful that they are being used to educate other farmers in the area, as well as tourists. 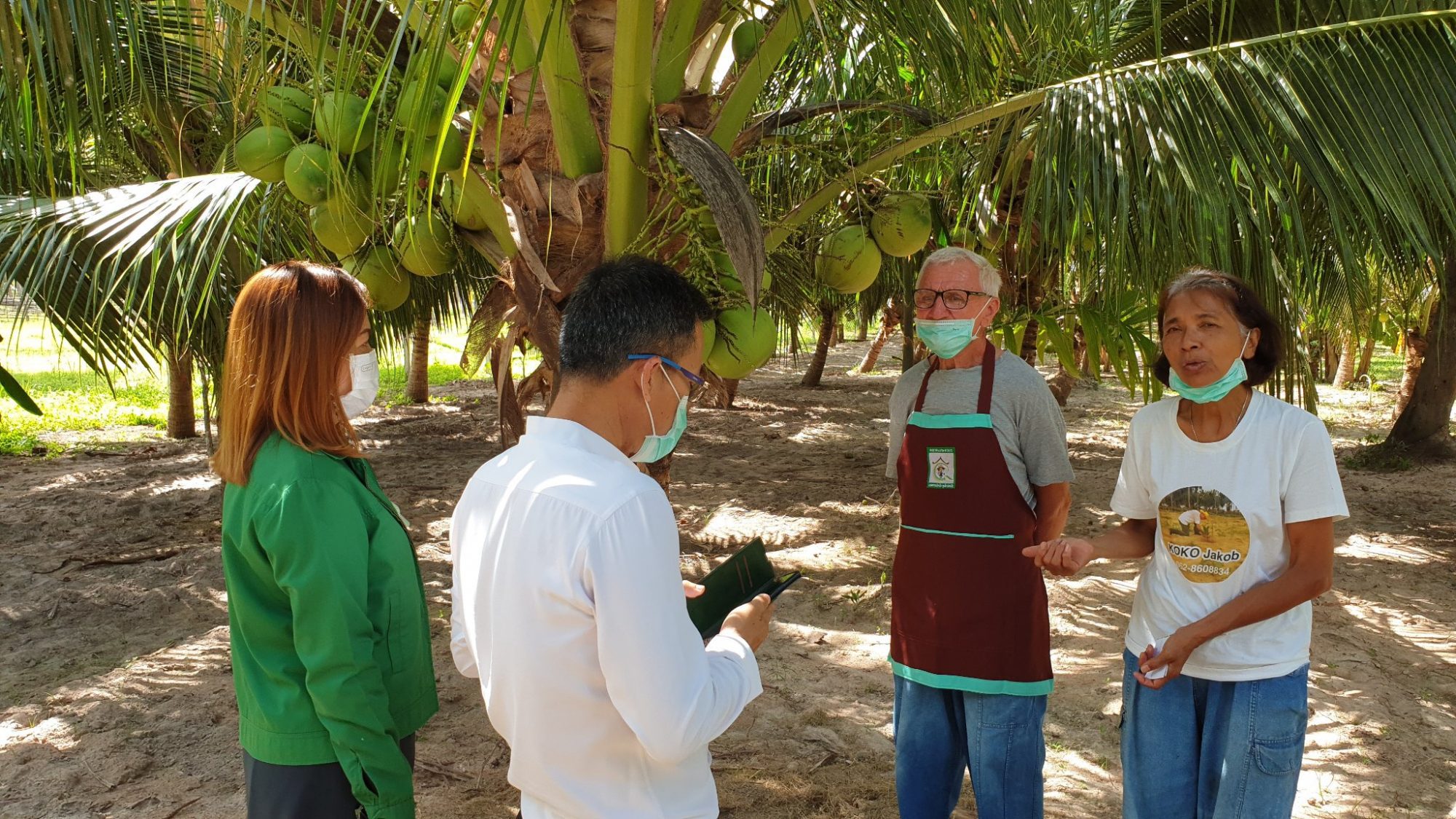 Khun Tum revealed her husband was a banker back in his native Germany and together they had purchased land for their retirement.

Previously they had tried growing pineapples but found that every part of the production process required chemicals, which were not only expensive but meant they were forced to use toxic substances on their produce.

As a result, they gave up trying to grow pineapples and began trialing their chemical free approach to coconut cultivation. That was six years ago and since then the plantation has grown from strength to strength. 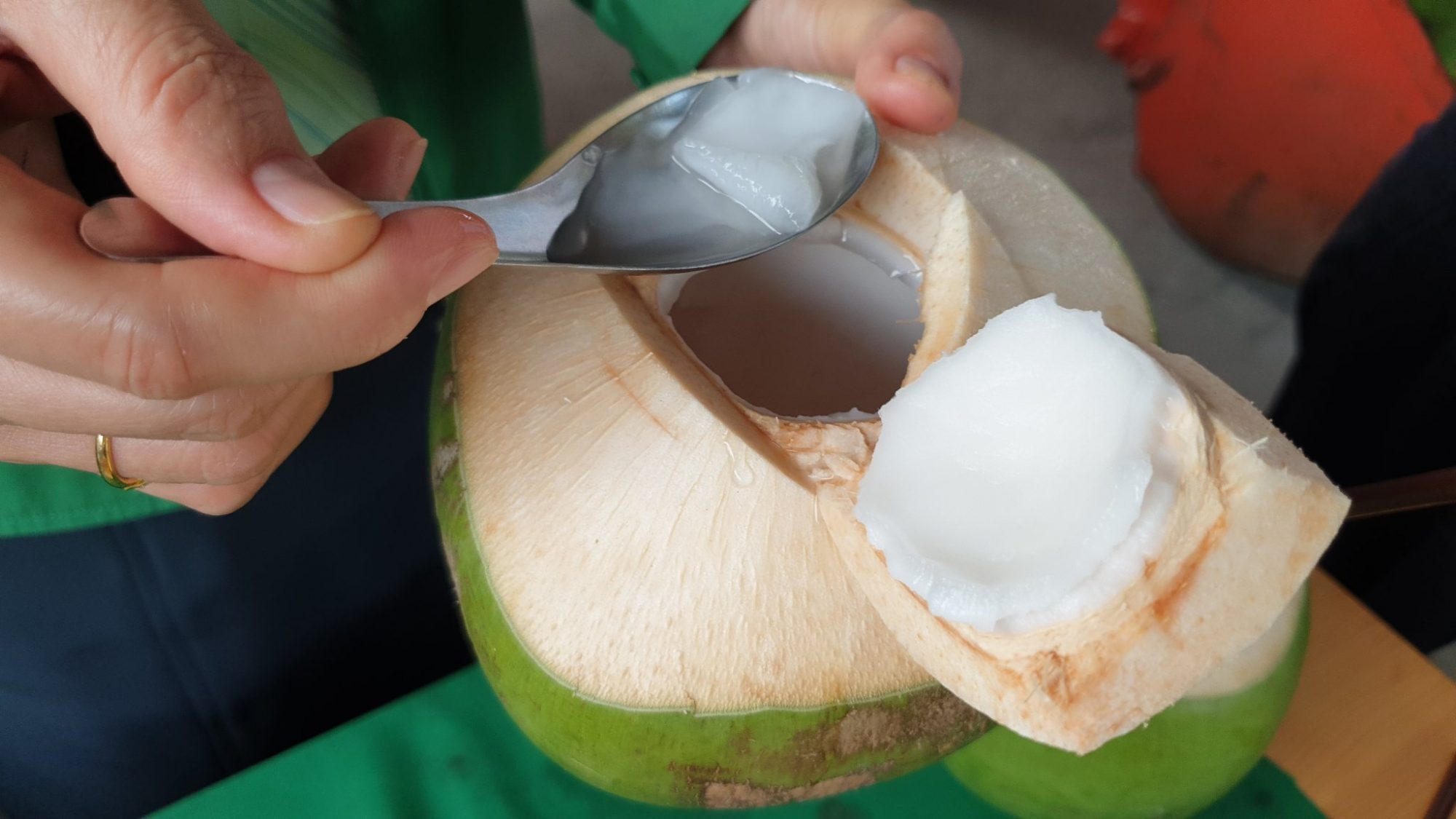 They say that not only do their coconuts taste great and are non-toxic, the fact they don’t use chemicals helps to keep the cost down for their customers.

They sell each unpeeled coconut for just 10 baht, which gives them enough money to pay their staff and take home a small profit.

The couple say they run the plantation out of love and passion rather than trying to become wealthy. 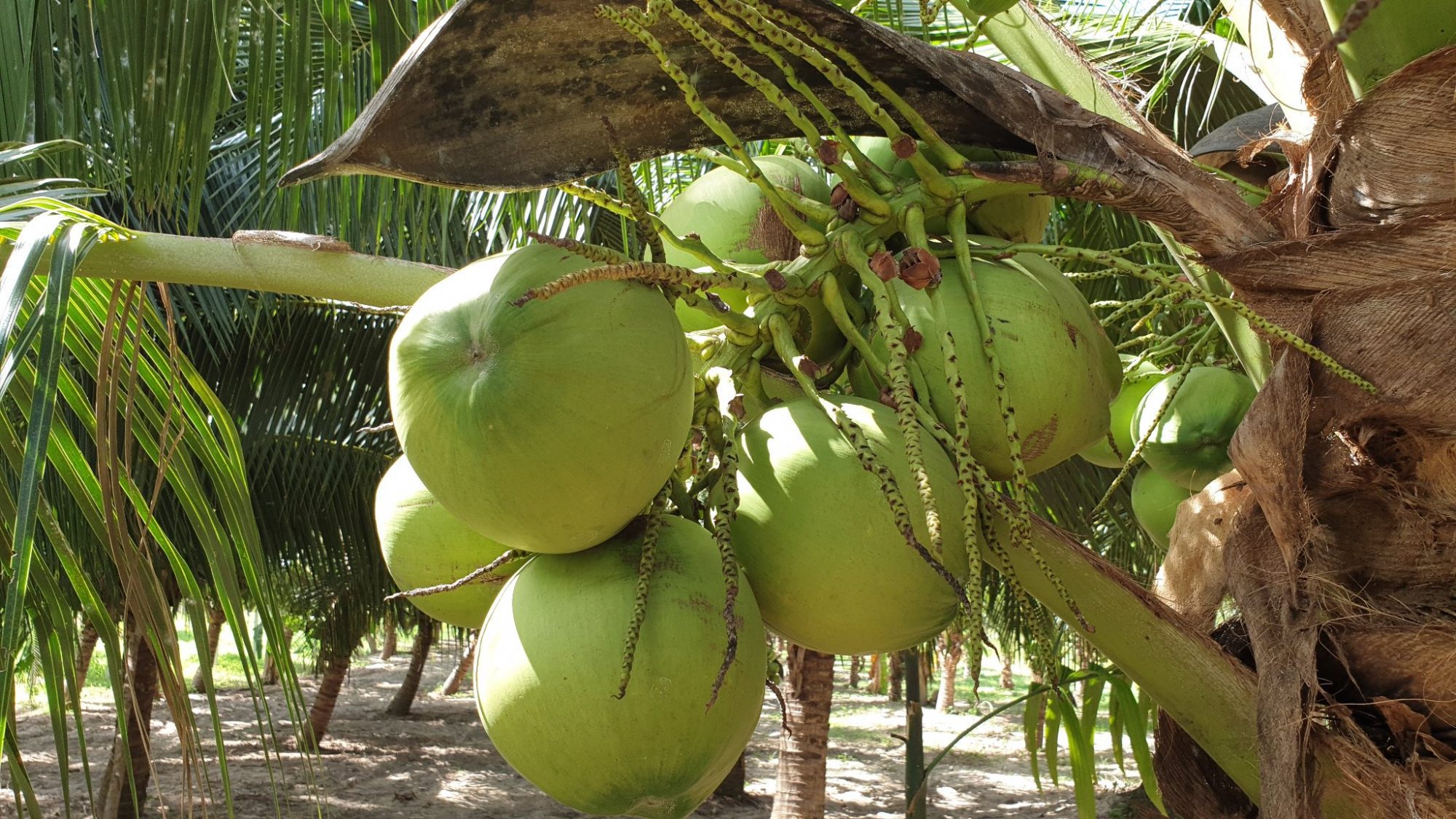 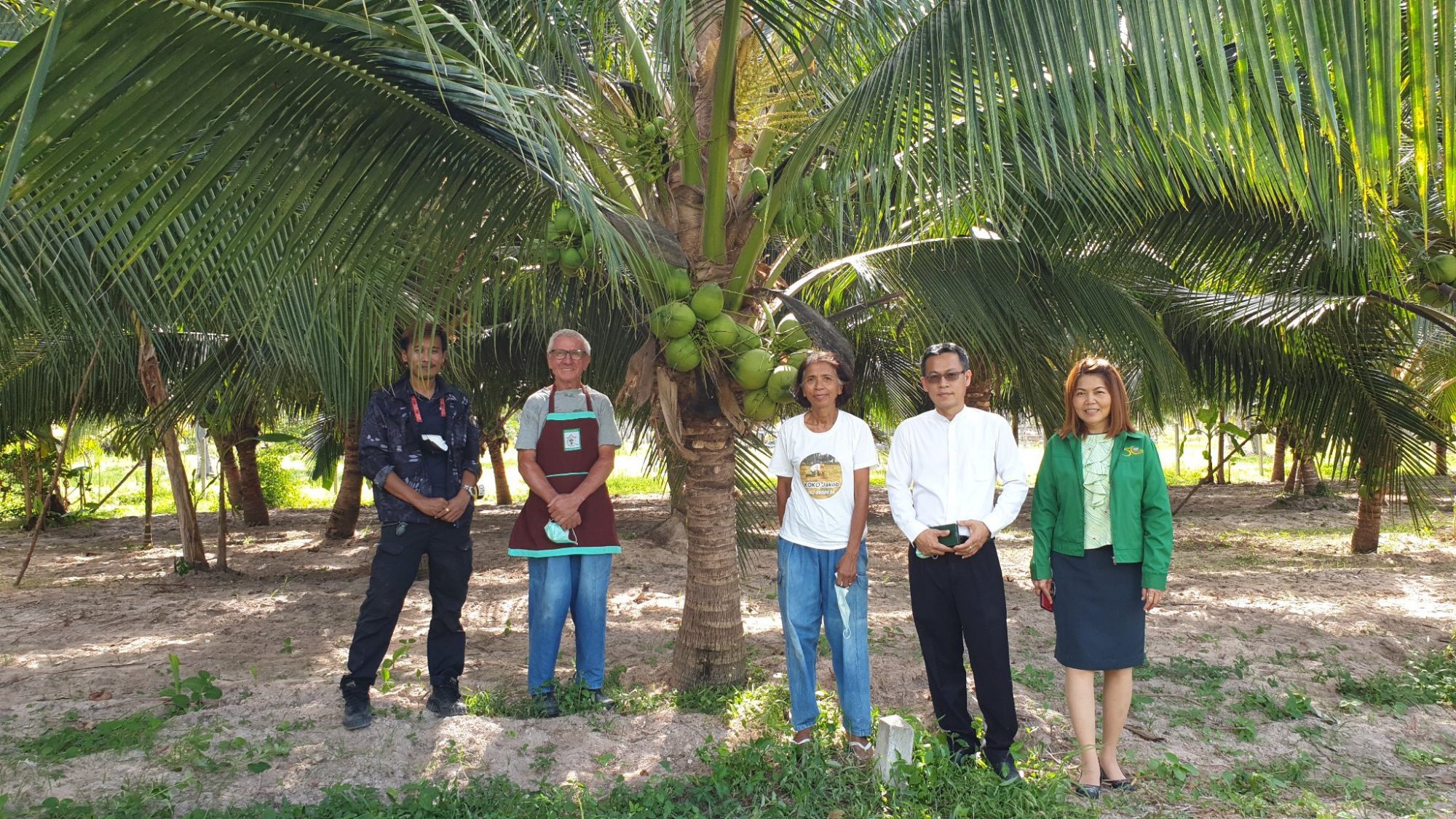