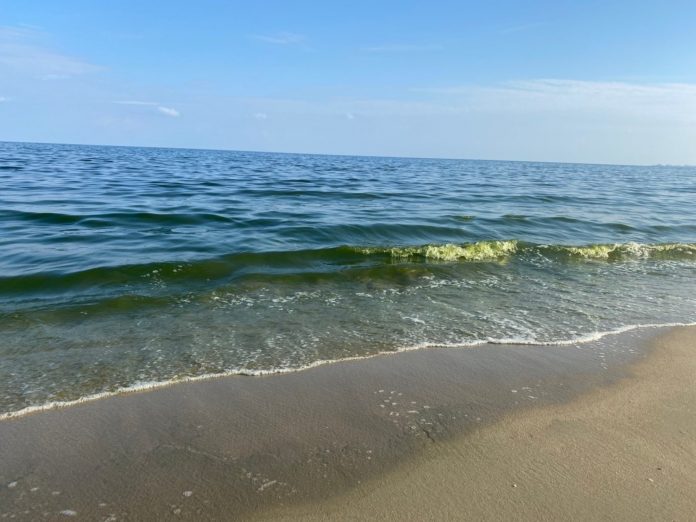 Green seawater found at Ban Krut beach in Bang Saphan is not the result of an oil slick from a ship that recently sank near Chumpon.

On Wednesday (Jan 26) officials inspected the beach after being informed the water had turned green.

The samples were sent for testing, however, Mr. Isara Kanchanarat, Mayor of Ban Krut Subdistrict said no traces of oil were found in the samples.

There was also no staining on the beach which could have come from the oil slick.

It is believed a natural phenomenon such as algae or a plankton bloom caused the water to turn green. In recent weeks, both Hua Hin and Pak Nam Pram beaches have experienced plankton blooms, which has caused the water at the beach and nearby rocks to be covered in green algae.

The bloom is the result of an annual natural phenomenon which is known to occur along the coast between November and January.

On Saturday (Jan 22), officials in Prachuap Khiri Khan were put on alert after initial reports said a 10 kilometre long oil slick was heading in a northerly direct towards the coast in Bang Saphan Noi, Bang Saphan and Thap Sakae.

The slick was the result of oil leaking from the Por Andaman 2 tanker that sank 24 nautical miles off from Mueang District in Chumphon on Saturday evening.