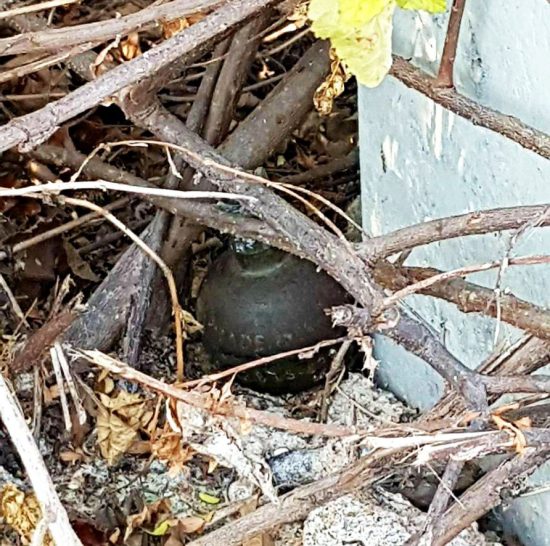 An M67 hand grenade was found among bushes at a roadside in Cha Am.

On Tuesday (Feb 1) police and bomb disposal experts were called to Soi Hadsuk in Bo Phutsa in Cha Am district after locals reported the discovery of an object which resembled a grenade. It was discovered that the latch used to detonate the grenade had been removed but the grenade itself was otherwise in working order.

Officers from the EOD unit recovered the grenade and were able to deactivate it.

Police say the grenade could have belonged to one person who had attempted to discard it.

Police said it may also have belonged to local teenagers who threw the grade away for fear of being caught.