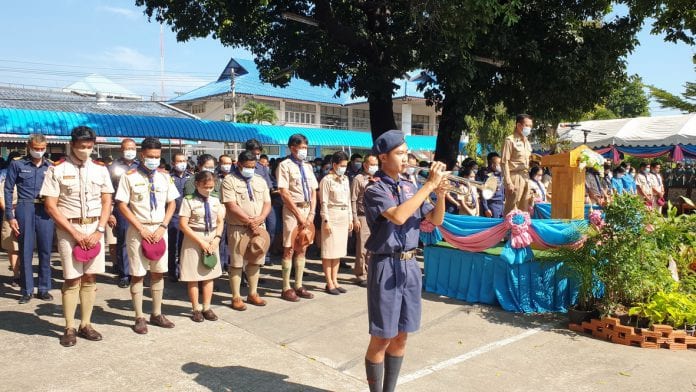 A day of honouring Scout Hero Boonying Sirisathien in commemorating his heroic and courageous act. Scout Bunyingsiri Sathien joined the soldiers of the 5th Airborne Division to fight against the Japanese Army when the landed at Prachuap Bay during the Great Asia Burapha War (WW II).