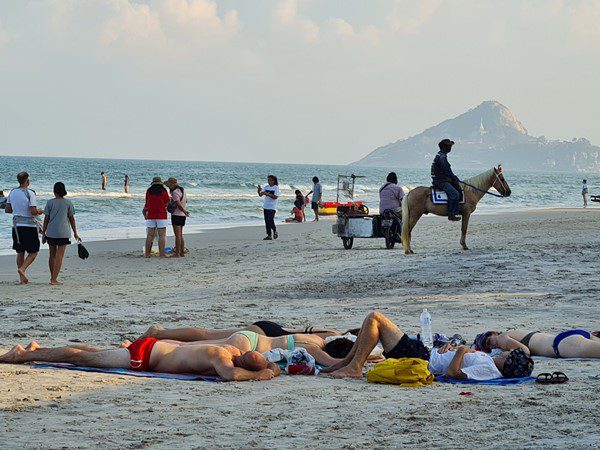 Hotels in Hua Hin and Cha Am are almost fully booked for the New Year period, tourism leaders have said.

There had been concerns that the discovery of the omicron variant of COVID-19 in three British tourists last week could lead to a spike in cancellations.

However, this has proved not to be the case.

According to Mr. Chamnong Butsong, General Manager of Veranda Resort Hua Hin Cha-am and advisor to the Hua Hin Cha-am Tourism Business Association, hotel bookings in Hua Hin and Cha Am are at almost 90 percent for New Year.

Mr. Chamnong said that while omicron has affected the international market, it has had little impact on the domestic market, with Thai tourists almost exclusively accounting for all tourist arrivals in Hua Hin and Cha Am currently.

Mr. Chamnong said that it is mainly Thai families who are visiting Hua Hin and Cha Am this New Year.

While some Thais would normally travel abroad at New Year, many are instead are choosing to visit destinations such as Hua Hin and Cha Am.

In addition, Thai tourists are also able to use the government’s We Travel Together subsidy scheme to get discounts on room rates and dining at restaurants.

Meanwhile, Mr. Isara Thapanaset, Director of the Tourism Authority of Thailand (TAT), Prachuap Khiri Khan Office said that throughout December 90 percent of tourists to Hua Hin were Thais, adding that during New Year the number of reservations indicate that many hotels will be fully booked.