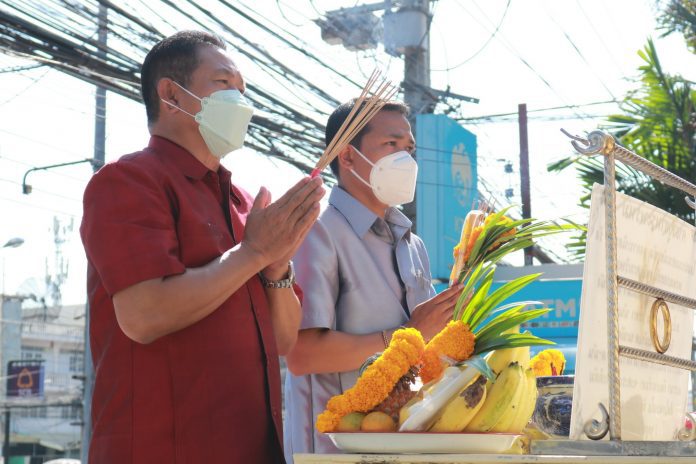 A new deputy mayor has been appointed for Hua Hin following the death of former deputy mayor Mr Montri Chupu on Jan 5.

Mr. Atichart Chaisri has now been appointed to the role of deputy mayor, while Mr. Kitti Fuengfu will take over the role of secretary to the mayor. Their duties with Hua Hin Municipality Administration formally began on January 13th.

In front of the Hua Hin Municipality Office, the new incumbents brought flowers, incense, and candles to make merit and pay their respects in taking on the new roles.

Mr. Atichart is in charge of the following government departments: Waterworks Division, Medical Division, and Strategy and Budget Division.

One of his first tasks was to attend a meeting at the Hua Hin Municipal Waterworks Division, to discuss policies and hear about operational issues. The meeting was attended by Mr. Chisanupong Suwan, who represented employees from the division.